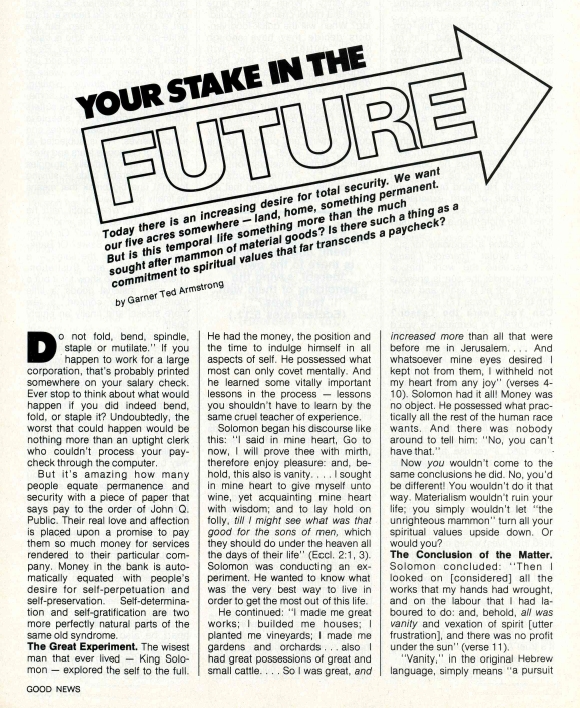 Today there is an increasing desire for total security. We want our five acres somewhere – land, home, something permanent. But is this temporal life something more than the much sought after mammon of material? Is there such a thing as a commitment to spiritual values that far transcends a paycheck? Do not fold, bend, spindle, staple or mutilate.” If you happen to work for a large corporation, that’s probably printed somewhere on your salary check. Ever stop to think about what would happen if you did indeed bend, fold, or staple it? Undoubtedly, the worst that could happen would be nothing more than an uptight clerk who couldn’t process your paycheck through the computer. …