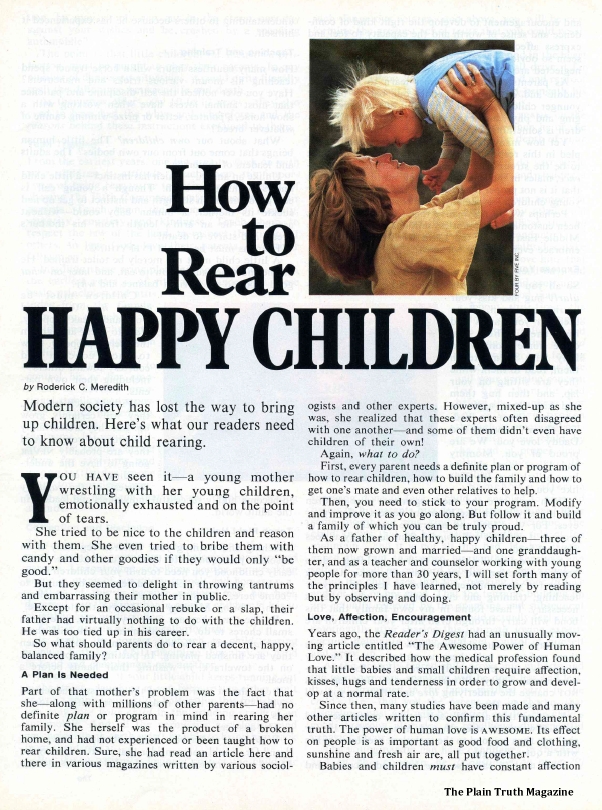 Modern society has lost the way to bring up children. Here’s what our readers need to know about child rearing. You have seen it – a young mother wrestling with her young children, emotionally exhausted and on the point of tears. She tried to be nice to the children and reason with them. She even tried to bribe them with candy and other goodies if they would only “be good.” But they seemed to delight in throwing tantrums and embarrassing their mother in public. Except for an occasional rebuke or a slap, their father had virtually nothing to do with the children. He was too tied up in his career. So what should parents do to rear a decent, happy, balanced family? …