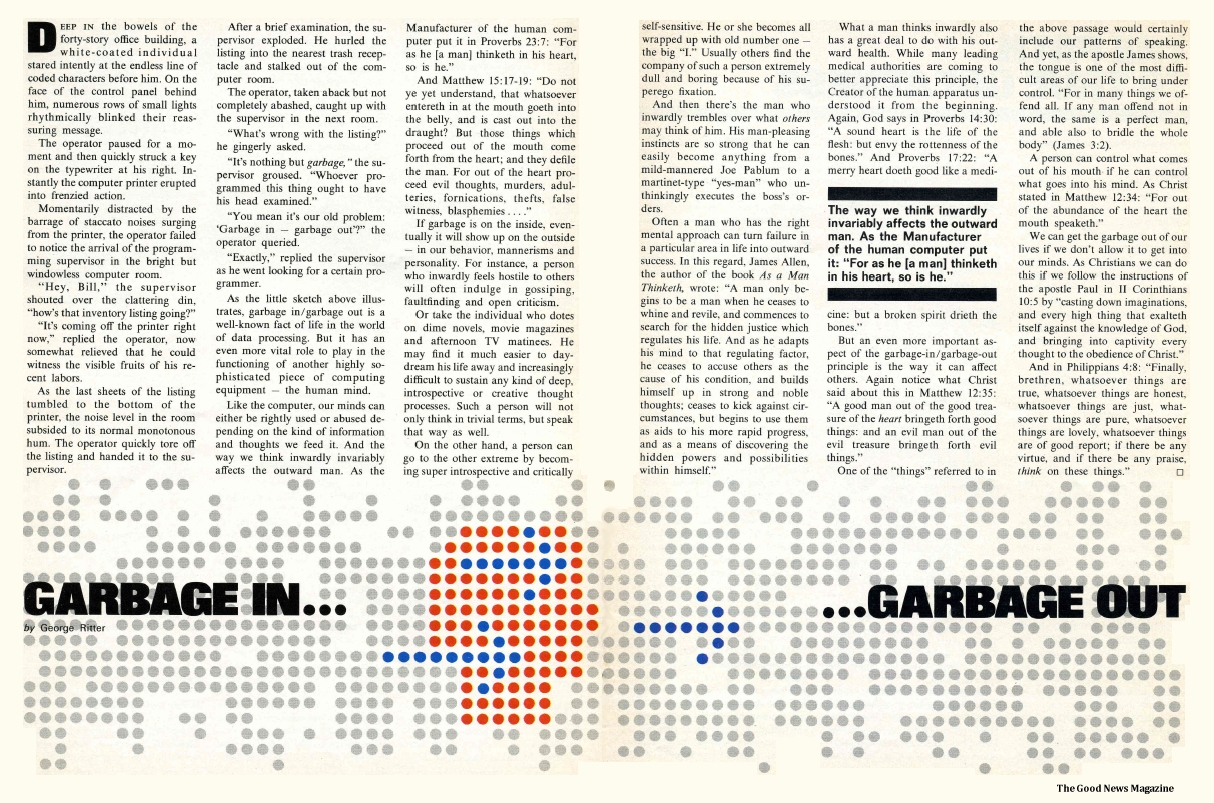 DEEP IN the bowels of the forty-story office building, a white-coated individual stared intently at the endless line of coded characters before him. On the face of the control panel behind him, numerous rows of small lights rhythmically blinked their reassuring message. The operator paused for a moment and then quickly struck a key on the typewriter at his right. Instantly the computer printer erupted into frenzied action. Momentarily distracted by the barrage of staccato noises surging from the printer, the operator failed to notice the arrival of the programming supervisor in the bright but windowless computer room. “Hey, Bill,” the supervisor shouted over the clattering din, “how’s that inventory listing going?” “It’s coming off the printer right now,” replied the operator, now somewhat relieved that he could witness the visible fruits of his recent labors. …