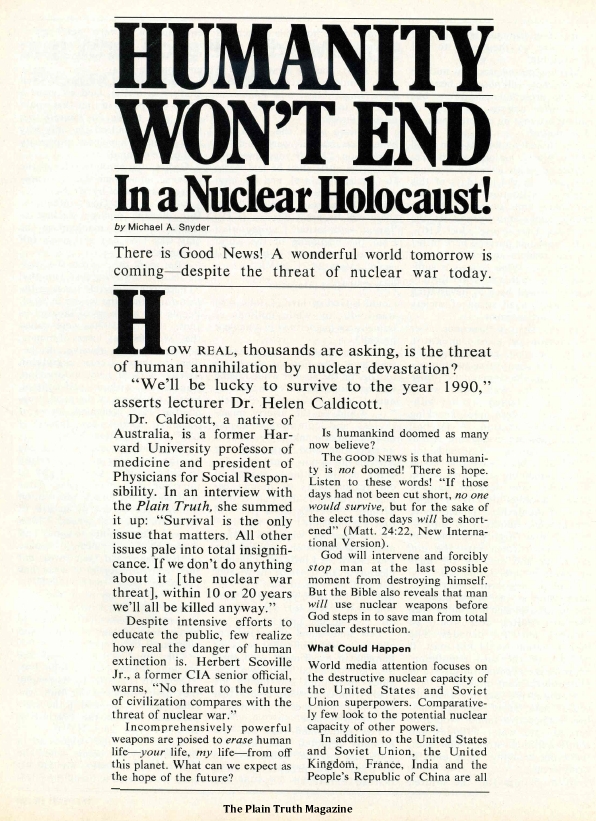 There is Good News! A wonderful world tomorrow is coming – despite the threat of nuclear war today. How real, thousands are asking, is the threat of human annihilation by nuclear devastation? “We’ll be lucky to survive to the year 1990,” asserts lecturer Dr. Helen Caldicott. Dr. Caldicott, a native of Australia, is a former Harvard University professor of medicine and president of Physicians for Social Responsibility. …