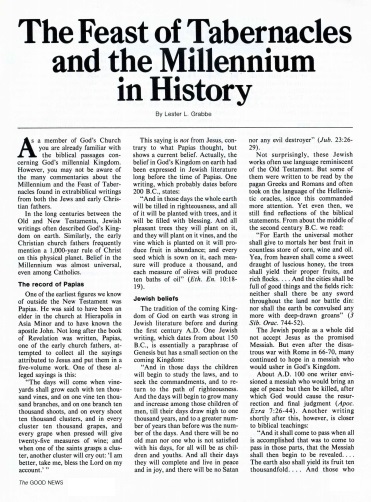 As a member of God’s Church you are already familiar with the biblical passages concerning God’s millennial Kingdom. However, you may not be aware of the many commentaries about the Millennium and the Feast of Tabernacles found in extrabiblical writings from both the Jews and early Christian fathers. In the long centuries between the Old and New Testaments, Jewish writings often described God’s Kingdom on earth. Similarly, the early Christian church fathers frequently mention a 1,000-year rule of Christ on this physical planet. Belief in the Millennium was almost universal, even among Catholics. …