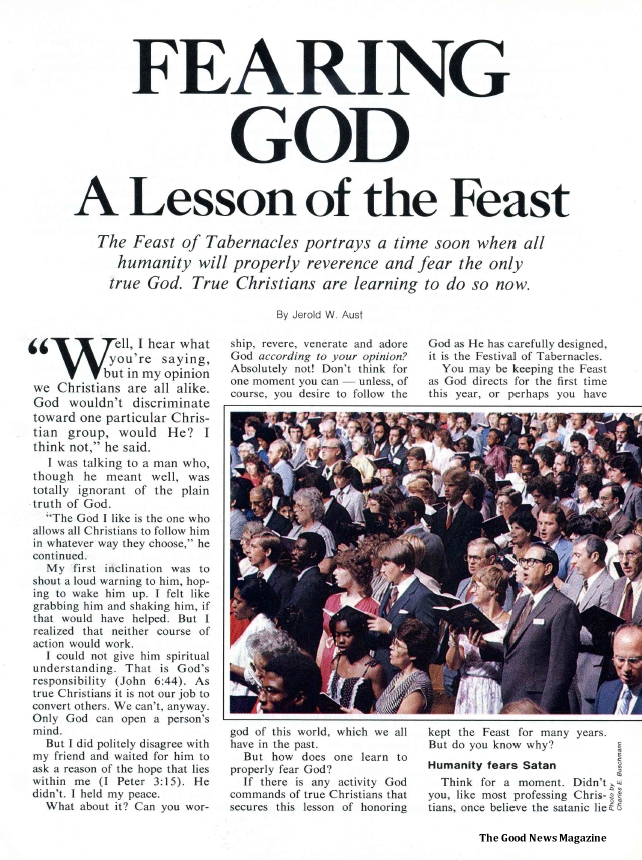 The Feast of Tabernacles portrays a time soon when all humanity will properly reverence and fear the only true God. True Christians are learning to do so now. Well, I hear what you’re saying, but in my opinion we Christians are all alike. God wouldn’t discriminate toward one particular Christian group, would He? I think not,” he said. I was talking to a man who, though he meant well, was totally ignorant of the plain -truth of God. “The God I like is the one who allows all Christians to follow him in whatever way they choose,” he continued. My – first inclination was to shout a loud warning to him, hoping to wake him up. I felt like grabbing him and shaking him, if that would have helped. But I realized that neither course of action would work. …