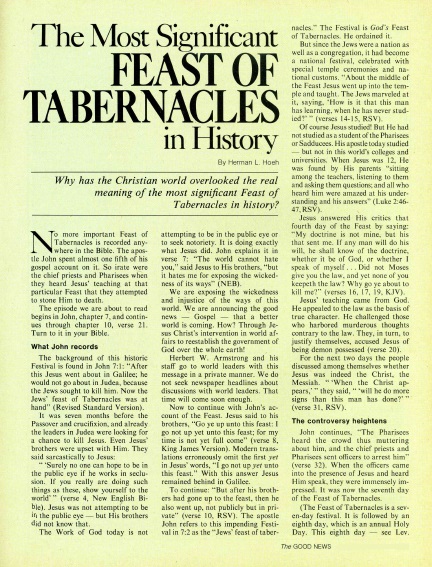 Why has the Christian world overlooked the real meaning of the most significant Feast of Tabernacles in history? No more important Feast of Tabernacles is recorded anywhere in the Bible. The apostle John spent almost one fifth of his gospel account on it. So irate were the chief priests and Pharisees when they heard Jesus’ teaching at that particular Feast that they attempted to stone Him to death. The episode we are about to read begins in John, chapter 7, and continues through chapter 10, verse 21. Turn to it in your Bible. …