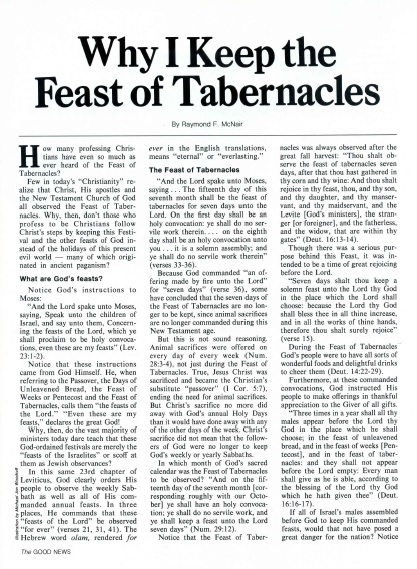 How many professing Christians have even so much as ever heard of the Feast of Tabernacles? Few in today’s “Christianity” realize that Christ, His apostles and the New Testament Church of God all observed the Feast of Tabernacles. Why, then, don’t those who profess to be Christians follow Christ’s steps by keeping this Festival and the other feasts of God instead of the holidays of this present evil world – many of which originated in ancient paganism? …