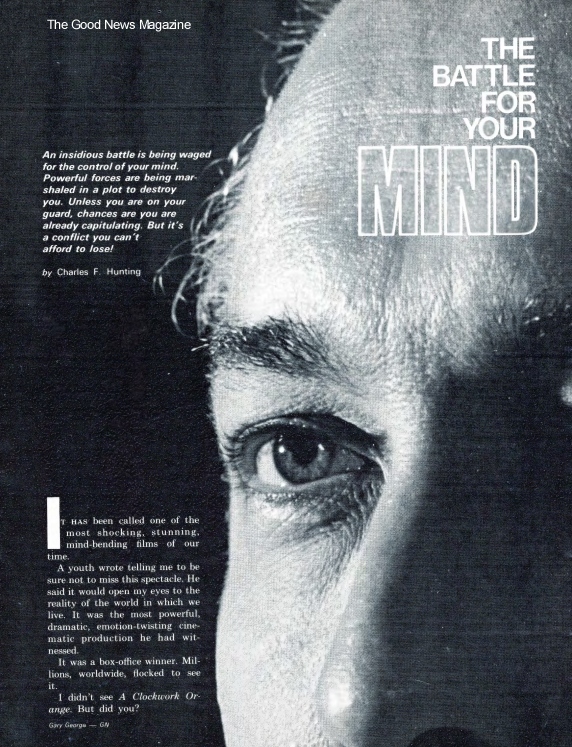 An insidious battle is being waged for the control of your mind. Powerful forces are being marshaled in a plot to destroy you. Unless you are on your guard, chances are you are already capitulating. But it’s a conflict you can’t afford to lose! It HAS been called one of the most shocking, stunning, mind-bending films of our time. A youth wrote telling me to be sure not to miss this spectacle. He said it would open my eyes to the reality of the world in which we live. It was the most powerful, dramatic, emotion-twisting cinematic production he had witnessed. It was a box-office winner. Millions, worldwide, flocked to see it. I didn’t see A Clockwork Orange. But did you? …