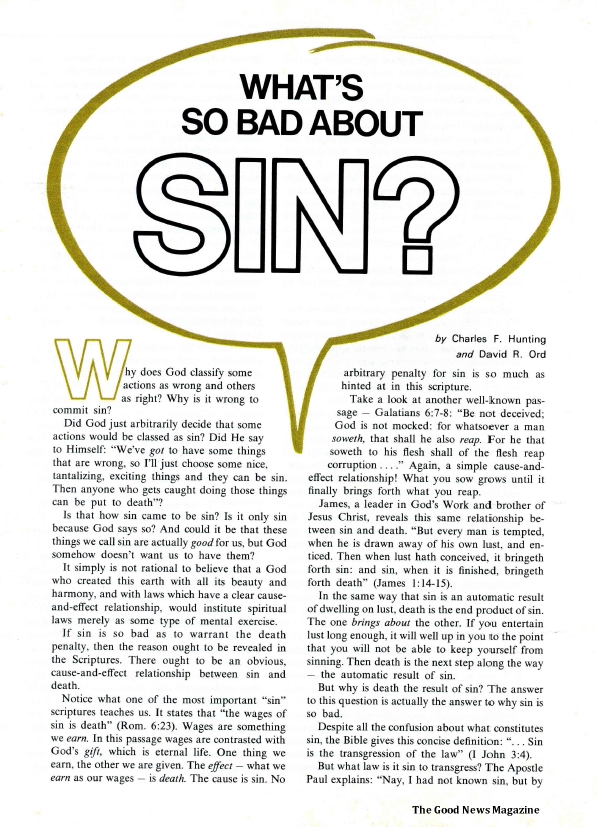 Why does God classify some actions as wrong and others as right? Why is it wrong to commit sin? Did God just arbitrarily decide that some actions would be classed as sin? Did He say to Himself: “We’ve got to have some things that are wrong, so I’ll just choose some nice, tantalizing, exciting things and they can be sin. Then anyone who gets caught doing those things can be put to death”? Is that how sin came to be sin? Is it only sin because God says so? And could it be that these things we call sin are actually good for us, but God somehow doesn’t want us to have them? It simply is not rational to believe that a God who created this earth with all its beauty and harmony, and with laws which have a clear cause-and-effect relationship, would institute spiritual laws merely as some type of mental exercise. …