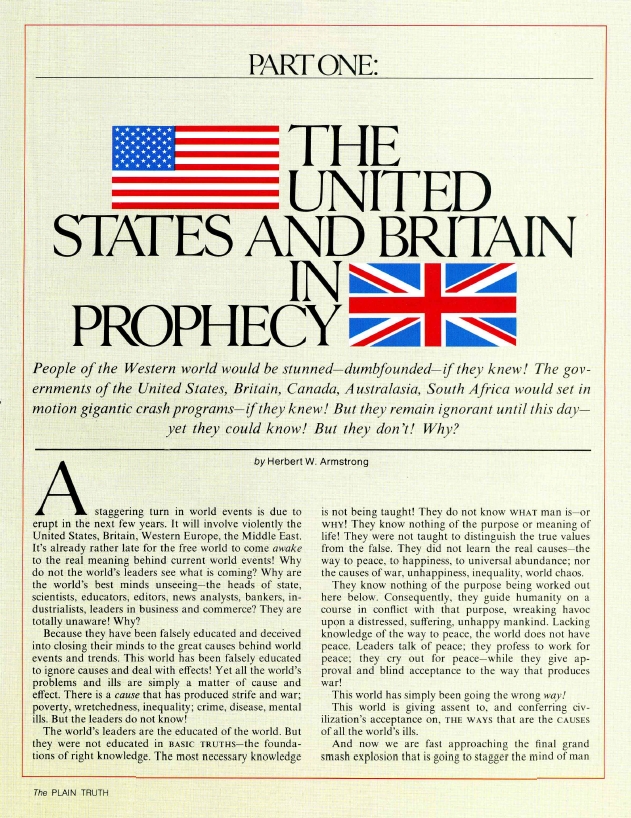 People of the Western world would be stunned – dumbfounded – if they knew! The governments of the United States, Britain, Canada, Australasia, South Africa would set in motion gigantic crash programs – if they knew! But they remain ignorant until this day yet they could know! But they don’t! Why? A staggering turn in world events is due to erupt in the next few years. It will involve violently the United States, Britain, Western Europe, the Middle East. It’s already rather late for the free world to come awake to the real meaning behind current world events! Why do not the world’s leaders see what is coming? Why are the world’s best minds unseeing-the heads of state, scientists, educators, editors, news analysts, bankers, industrialists, leaders in business and commerce? They are totally unaware! Why? Because they have been falsely educated and deceived into closing their minds to the great causes behind world events and trends. …