Were You Called to the “GOOD LIFE”? – Albert J Portune – Good News Magazine

Were You Called to the “GOOD LIFE”? – Albert J Portune – Good News Magazine 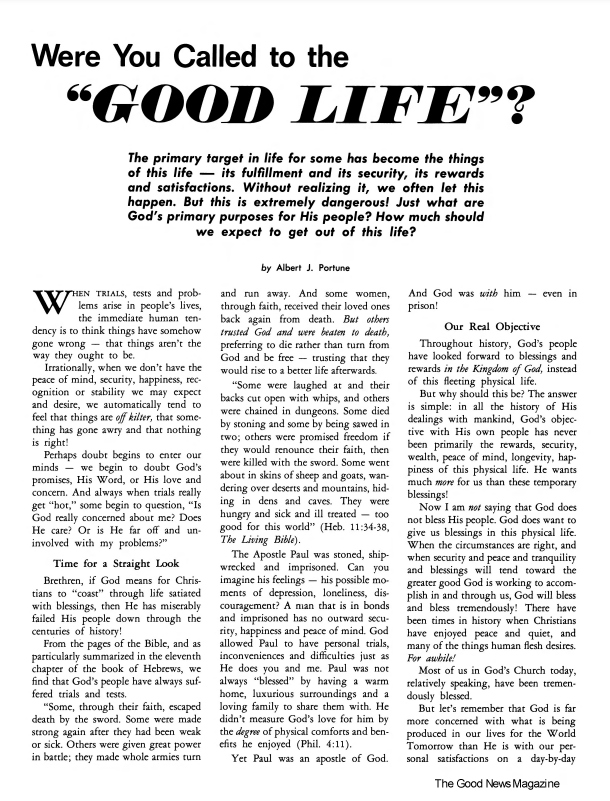 The primary target in life for some has become the things of this life – its fulfillment and its security, its rewards and satisfactions. Without realizing it, we often let this happen. But this is extremely dangerous! Just what are God’s primary purposes for His people? How much should we expect to get out of this life? WHEN TRIALS, tests and problems arise in people’s lives, the immediate human tendency is to think things have somehow gone wrong – that things aren’t the way they ought to be. Irrationally, when we don’t have the peace of mind, security, happiness, recognition or stability we may expect and desire, we automatically tend to feel that things are off kilter, that something has gone awry and that nothing is right! …