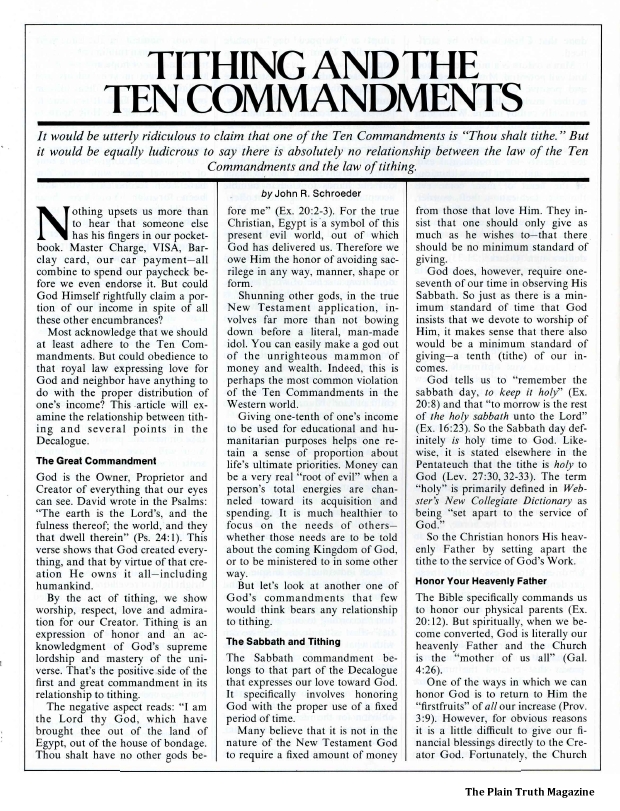 It would be utterly ridiculous to claim that one of the Ten Commandments is “Thou shalt tithe.” But it would be equally ludicrous to say there is absolutely no relationship between the law of the Ten Commandments and the law of tithing. Nothing upsets us more than to hear that someone else has his fingers in our pocketbook. Master Charge, VISA, Barclay card, our car payment – all combine to spend our paycheck before we even endorse it. But could God Himself rightfully claim a portion of our income in spite of all these other encumbrances? Most acknowledge that we should at least adhere to the Ten Commandments. But could obedience to that royal law expressing love for God and neighbor have anything to do with the proper distribution of one’s income? This article will examine the relationship between tithing and several points in the Decalogue. …