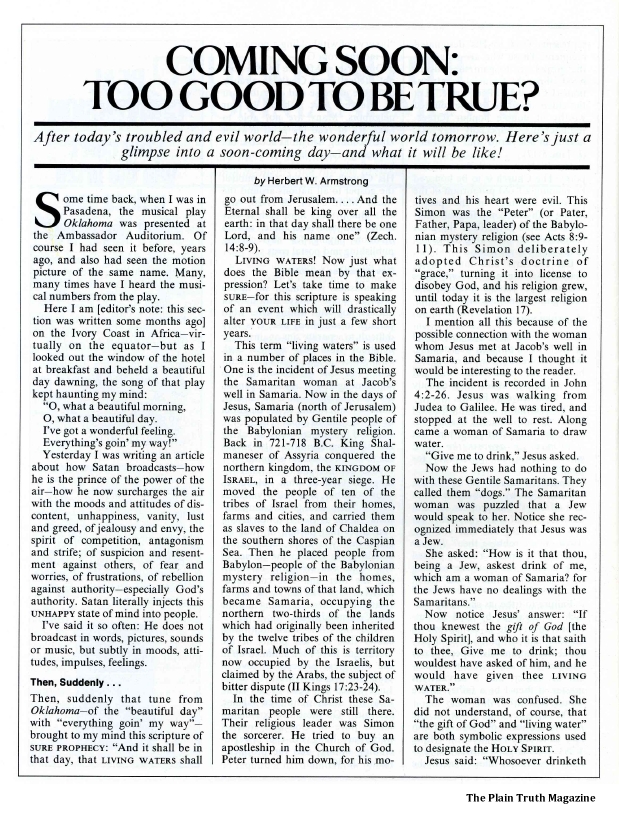 After today’s troubled and evil world-the wonderful world tomorrow. Here’s just a glimpse into a soon-coming day-and what it will be like! Some time back, when I was in Pasadena, the musical play Oklahoma was presented at the Ambassador Auditorium. Of course I had seen it before, years ago, and also had seen the motion picture of the same name. Many, many times have I heard the musical numbers from the play. Here I am [editor’s note: this section was written some months ago] on the Ivory Coast in Africa-virtually on the equator-but as I looked out the window of the hotel at breakfast and beheld a beautiful day dawning, the song of that play kept haunting my mind: “O, what a beautiful morning, O, what a beautiful day. I’ve got a wonderful feeling. Everything’s goin’ my way!” …