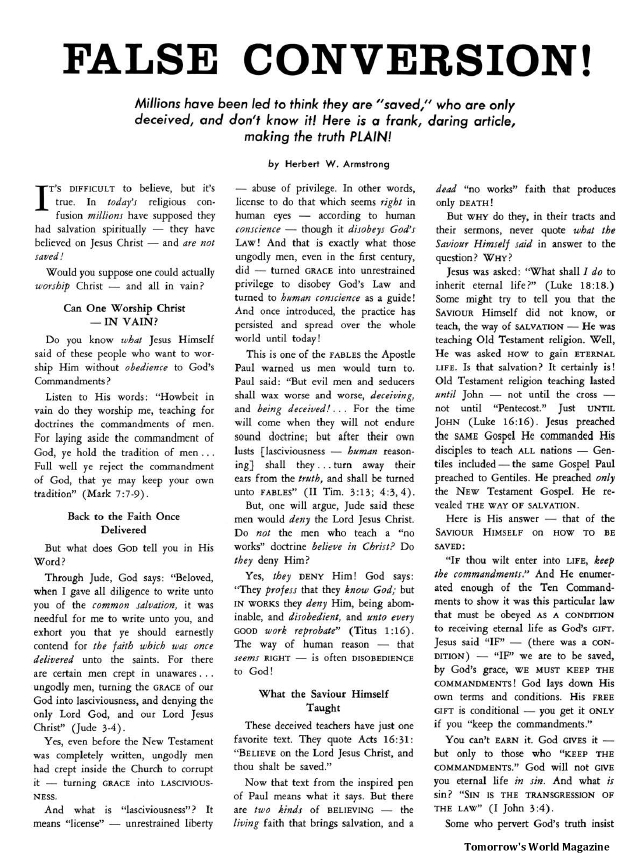 Millions have been led to think they are “saved,” who are only deceived, and don’t know it! Here is a frank, daring article, making the truth PLAIN! IT’S DIFFICULT to believe, but it’s true. In today’s religious confusion millions have supposed they had salvation spiritually – they have believed on Jesus Christ – and are not saved! Would you suppose one could actually worship Christ – and all in vain? …