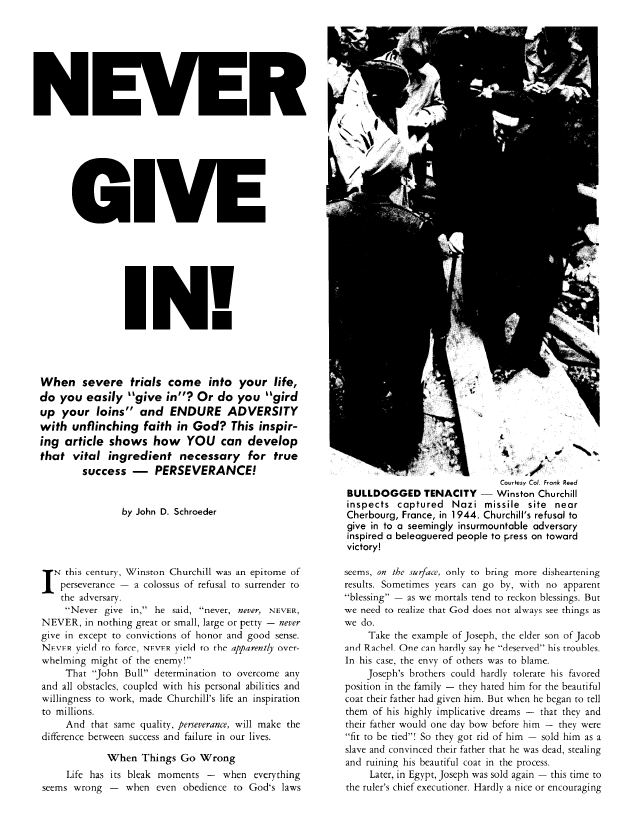 When severe trials come into your life, do you easily “give in”? Or do you “gird up your loins” and ENDURE ADVERSITY with unflinching faith in God? This inspiring article shows how YOU can develop that vital ingredient necessary for true success – PERSEVERANCE! IN this century, Winston Churchill was an epitome of perseverance – a colossus of refusal to surrender to the adversary. “Never give in,” he said, “never, never, NEVER, NEVER, in nothing great or small, large or petty – never give in except to convictions of honor and good sense. …