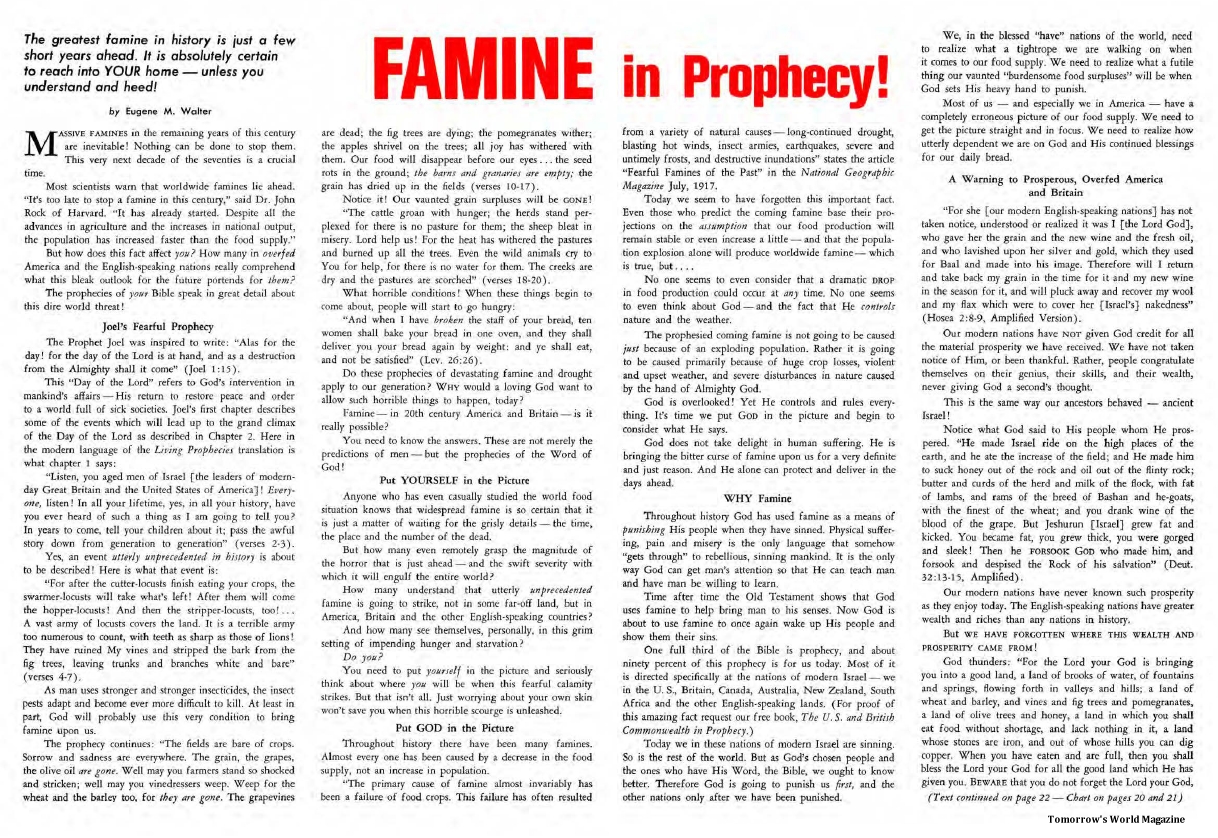 The greatest famine in history is just a few short years ahead. It is absolutely certain to reach into YOUR home – unless you understand and heed! MASSIVE FAMINES in the remaining years of this century are inevitable! Nothing can be done to stop them. This very next decade of the seventies is a crucial time. Most scientists warn that worldwide famines lie ahead. “It’s too late to stop a famine in this century,” said Dr. John Rock of Harvard. “It has already started. Despite all the advances in agriculture and the increases in national output, the population has increased faster than the food supply.” …