Use the Power of God! – Brian Knowles – Good News Magazine

Use the Power of God! – Brian Knowles – Good News Magazine 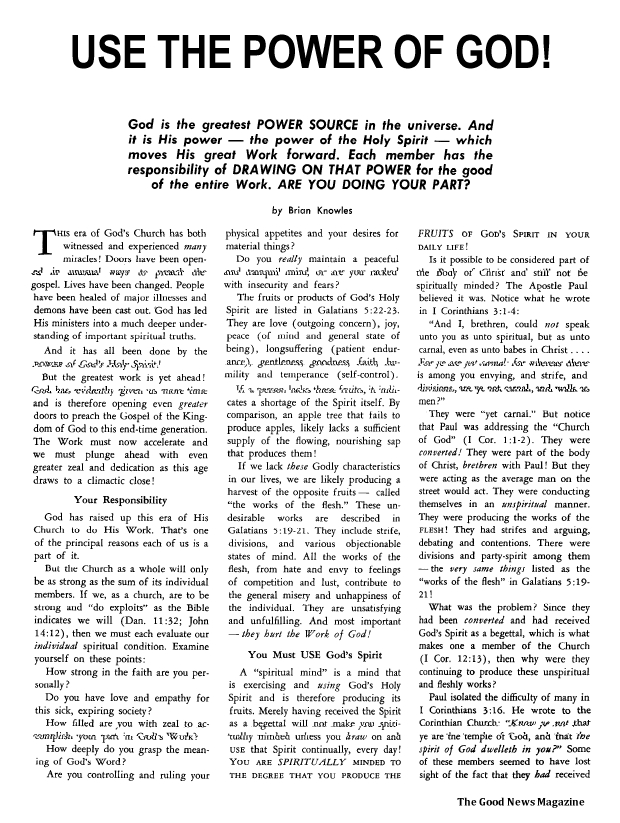 God is the greatest POWER SOURCE in the universe. And it is His power – the power of the Holy Spirit – which moves His great Work forward. Each member has the responsibility of DRAWING ON THAT POWER for the good of the entire Work. ARE YOU DOING YOUR PART? THIS era of God’s Church has both witnessed and experienced many miracles! Doors have been opened in unusual ways to preach the gospel. Lives have been changed. People have been healed of major illnesses and demons have been cast out. ‘God has led His ministers into a much deeper understanding of important spiritual truths. And it has all been done by the POWER of God’s Holy Spirit! But the greatest work is yet ahead! God has evidently given us more time and is therefore opening even greater doors to preach the Gospel of the Kingdom of God to this end-time generation. …