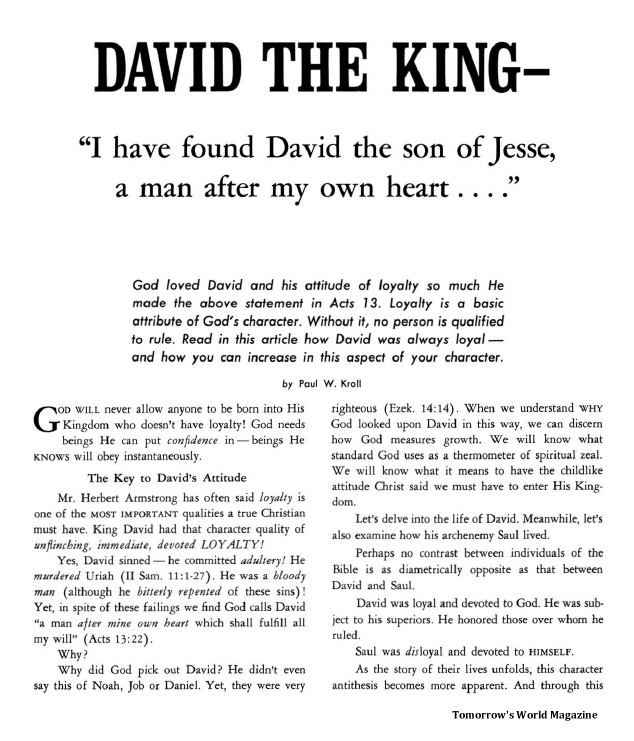 “I have found David the son of Jesse, a man after my own heart….” God loved David and his attitude of loyalty so much He made the above statement in Acts 13. Loyalty is a basic attribute of God’s character. Without it, no person is qualified to rule. Read in this article how David was always loyal – and how you can increase in this aspect of your character. GOD WILL never allow anyone to be born into His Kingdom who doesn’t have loyalty! God needs beings He can put confidence in – beings He KNOWS will obey instantaneously. …