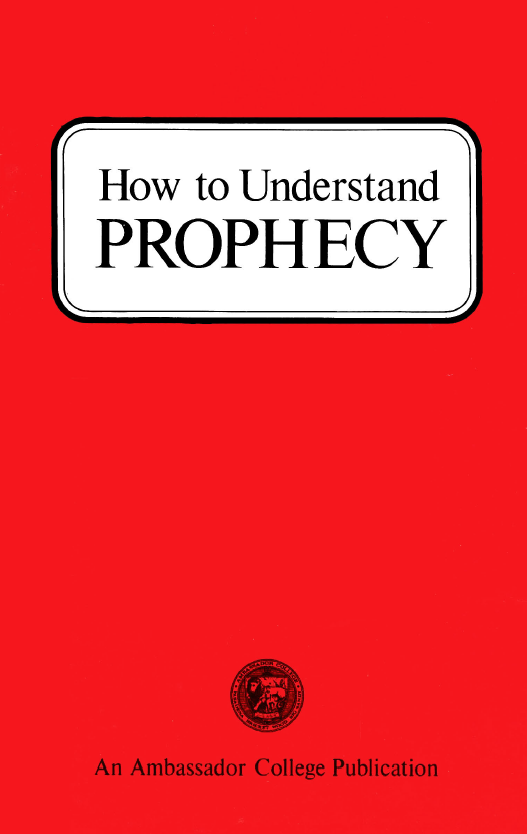 The major events that will headline tomorrow’s news are already pre-recorded. About one third of the Bible is prophecy, and most prophetic passages apply NOW – to our time – the world in which we live. Yet Biblical prophecy is a complete mystery to millions. Why? Because certain vital keys are not understood. They have become lost. It is now God’s time to reveal these most important keys to Biblical understanding. Read of them in this timely booklet and really begin to understand Bible prophecy. …