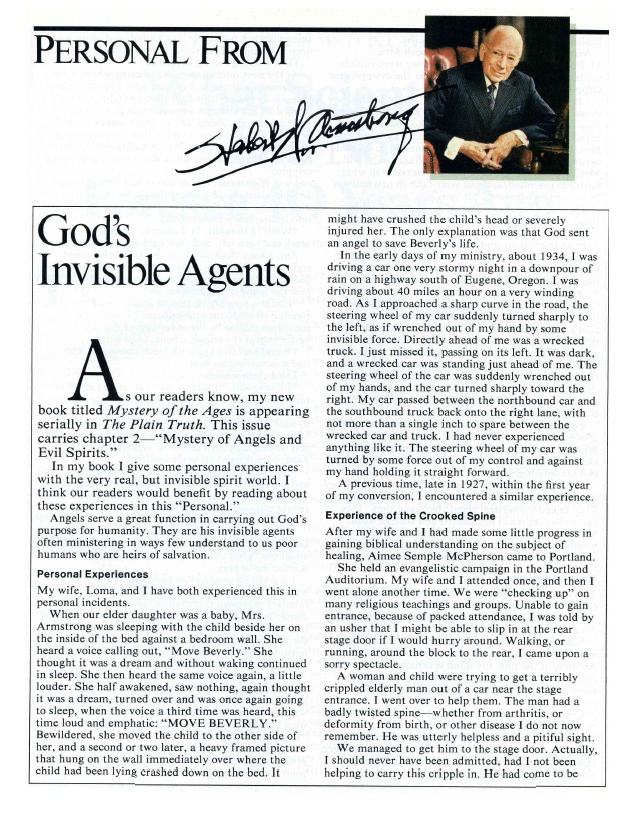 Personal From Herbert W Armstrong – As our readers know, my new book titled Mystery of the Ages is appearing serially in The Plain Truth. This issue carries chapter 2 – “Mystery of Angels and Evil Spirits.” In my book I give some personal experiences with the very real, but invisible spirit world. I think our readers would benefit by reading about these experiences in this “Personal.” Angels serve a great function in carrying out God’s purpose for humanity. They are his invisible agents often ministering in ways few understand to us poor humans who are heirs of salvation. …