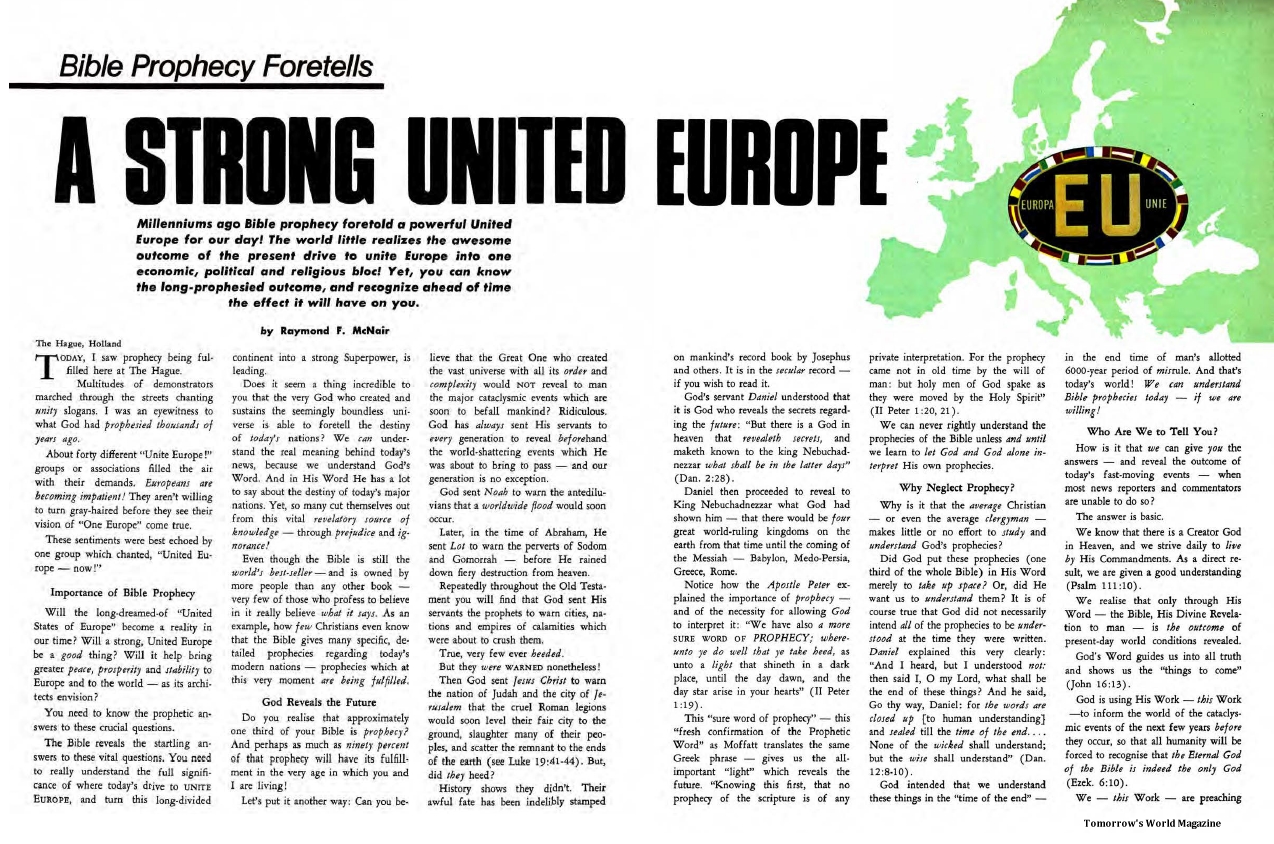 Millenniums ago Bible prophecy foretold a powerful United Europe for our day! The world little realizes the awesome outcome of the present drive to unite Europe into one economic, political and religious bloc! Yet, you can know the long-prophesied outcome, and recognize ahead of time the effect it will have on you. TODAY, I saw prophecy being fulfilled here at The Hague. Multitudes of demonstrators marched through the, streets chanting unity slogans. I was an eyewitness to what God had prophesied thousands of years ago. About forty different “Unite Europe!” groups or associations filled the air with their demands. Europeans are becoming impatient! They aren’t willing to turn gray-haired before they see their vision of “One Europe” come true. These sentiments were best echoed by one group which chanted, “United Europe – now!” …