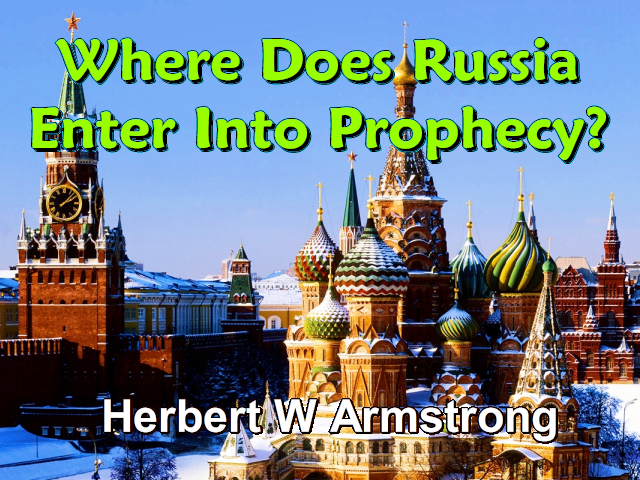 Now once again, what is prophesied to happen, not only to the United States, but to Russia. Where does Russia enter into prophecy? We’ve been going through a chapter that very few people would ever think to look into to see what going to happen to Russia, and yet there’s perhaps about as much in this one chapter, as any place in the Bible about Russia, except perhaps the 38th chapter of Ezekiel which is really referring to a later time. Now, if you want to know about communist Russia, here it is. …