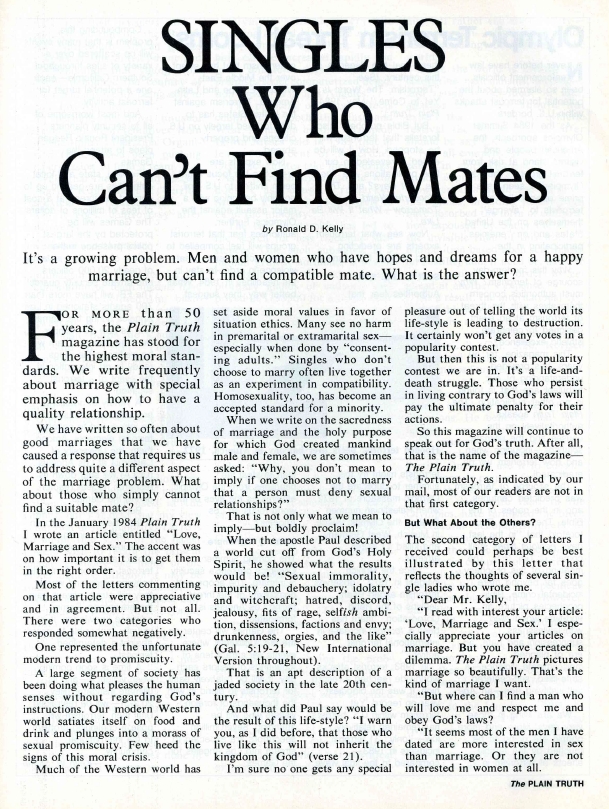 It’s a growing problem. Men and women who have hopes and dreams for a happy marriage, but can’t find a compatible mate. What is the answer? For more than 50 years, the Plain Truth magazine has stood for the highest moral standards. We write frequently about marriage with special emphasis on how to have a quality relationship. We have written so often about good marriages that we have caused a response that requires us to address quite a different aspect of the marriage problem. What about those who simply cannot find a suitable mate? In the January 1984 Plain Truth I wrote an article entitled “Love, Marriage and Sex.” The accent was on how important it is to get them in the right order. Most of the letters commenting on that article were appreciative and in agreement. But not all. There were two categories who responded somewhat negatively. One represented the unfortunate modern trend to promiscuity. …