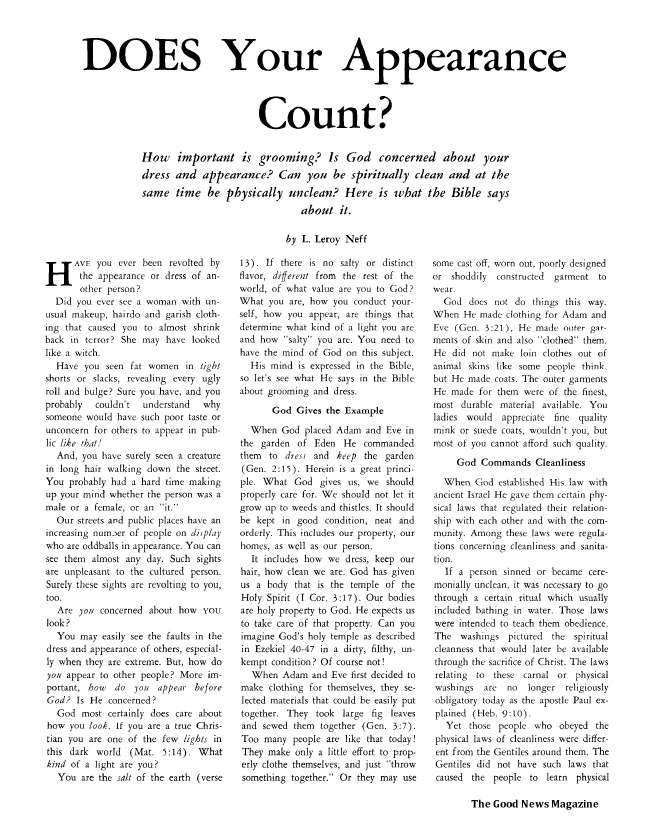 How important is grooming? Is God concerned about your dress and appearance? Can you be spiritually clean and at the same time be physically unclean? Here is what the Bible says about it. HAVE you ever been revolted by the appearance or dress of another person? Did you ever see a woman with unusual makeup, hairdo and garish clothing that caused you to almost shrink back in terror? …