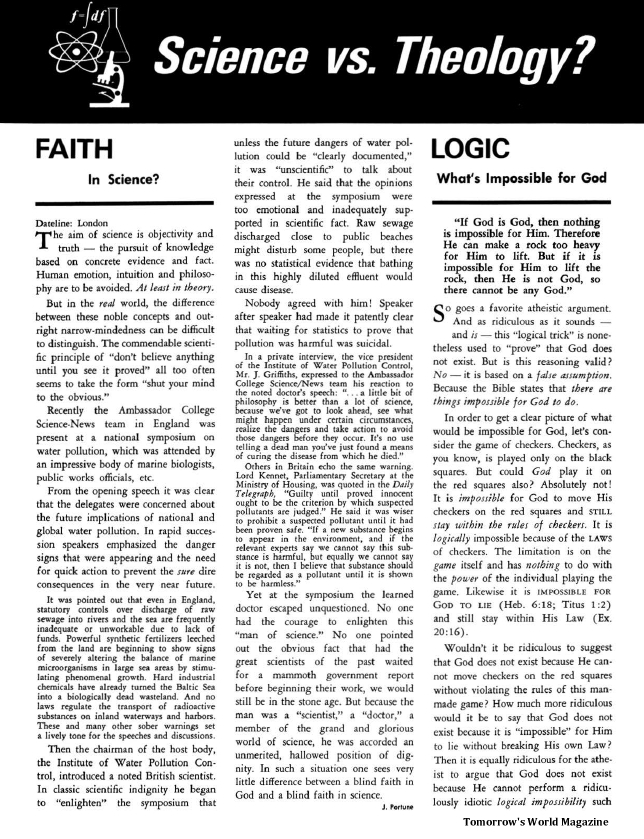 Dateline: London – The aim of science is objectivity and truth – the pursuit of knowledge based on concrete evidence and fact. Human emotion, intuition and philosophy are to be avoided. At least in theory. But in the real world, the difference between these noble concepts and outright narrow-mindedness can be difficult to distinguish. The commendable scientific principle of “don’t believe anything until you see it proved” all too often seems to take the form “shut your mind to the obvious.” …