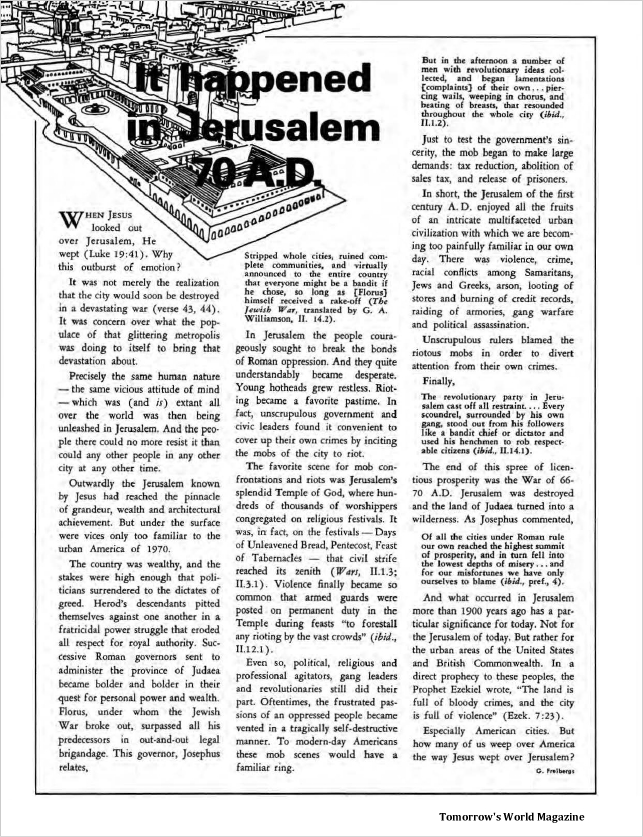 When Jesus looked out over Jerusalem, He wept (Luke 19:41). Why this outburst of emotion? It was not merely the realization that the city would soon be destroyed in a devastating war (verse 43, 44). It was concern over what the populace of that glittering metropolis was doing to itself to bring that devastation about. Precisely the same human nature – the same vicious attitude of mind – which was (and is) extant all over the world was then being unleashed in Jerusalem. And the people there could no more resist it than could any other people in any other city at any other time. …