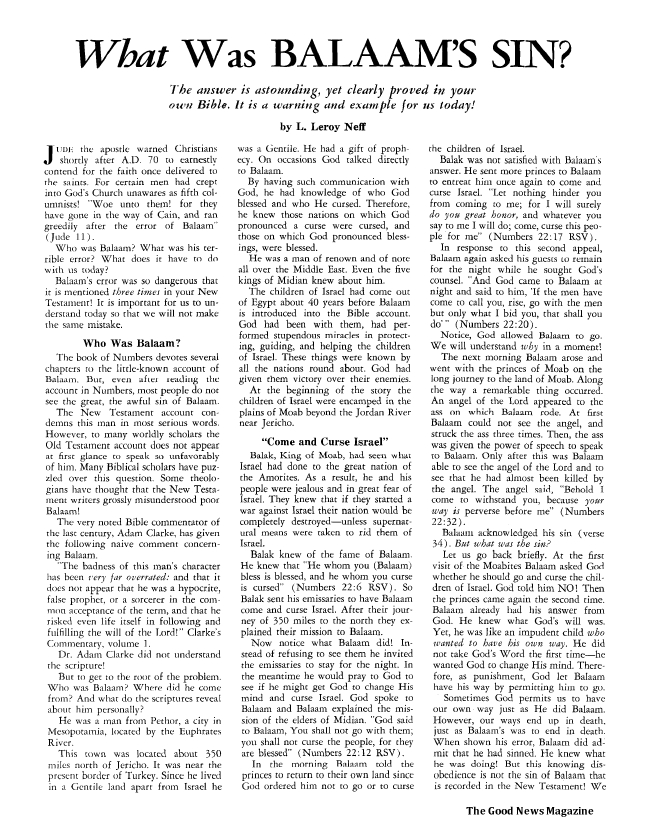 The answer is astounding, yet clearly proved in your own Bible. It is a warning and example for us today! JUDE the apostle warned Christians shortly after A.D. 70 to earnestly contend for the faith once delivered to the saints. For certain men had crept into Gods Church unawares as fifth columnists! “Woe unto them! for they have gone in the way of Cain, and ran greedily after the error of Balaam” (Jude 11). Who was Balaam? What was his terrible error? What does it have to do with us today? Balaam’s error was so dangerous that it is mentioned three times in your New Testament! It is important for us to understand today so that we will not make the same mistake. Who Was Balaam? …