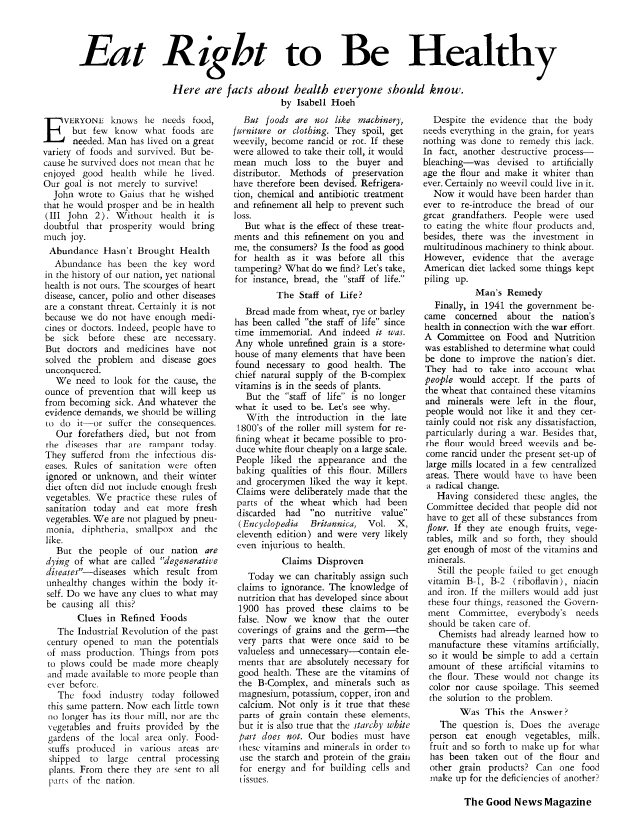 Here are facts about health everyone should know. EVERYONE knows he needs food, but few know what foods are needed. Man has lived on a great variety of foods and survived. But because he survived does not mean that he enjoyed good health while he lived. Our goal is not merely to survive! John wrote to Gaius that he wished that he would prosper and be in health (III John 2). Without health it is doubtful that prosperity would bring much joy. Abundance Hasn’t Brought Health. Abundance has been the key word in the history of our nation, yet national health is not ours. The scourges of heart disease, cancer, polio and other diseases are a constant threat. Certainly it is not because we do not have enough medicines or doctors. Indeed, people have to be sick before these are necessary. But doctors and medicines have not solved the problem and disease goes unconquered. We need to look for the cause, the ounce of prevention that will keep us from becoming sick. And whatever the evidence demands, we should be willing to do it – or suffer the consequences. …