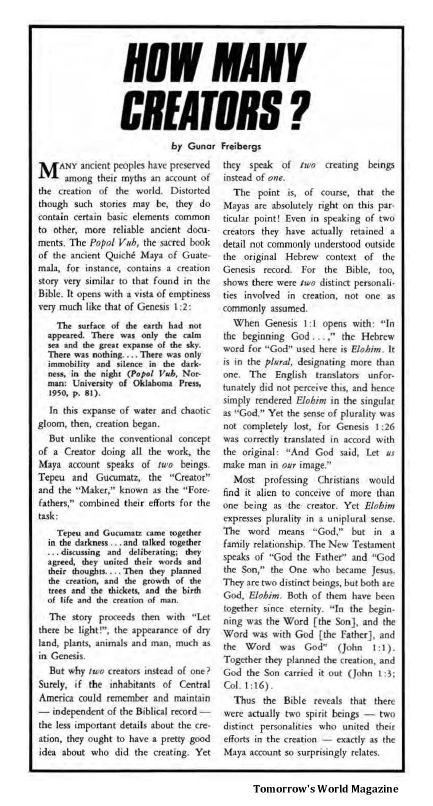 MANY ancient peoples have preserved among their myths an account of the creation of the world. Distorted though such stories may be, they do contain certain basic elements common to other, more reliable ancient documents. The Popol Vuh, the sacred book of the ancient Quiche Maya of Guatemala, for instance, contains a creation story very similar to that found in the Bible. It opens with a vista of emptiness very much like that of Genesis 1:2: …