What Do You Mean… “Day of the Lord”? – Richard H Sedliacik – Plain Truth Magazine

What Do You Mean… “Day of the Lord”? – Richard H Sedliacik – Plain Truth Magazine 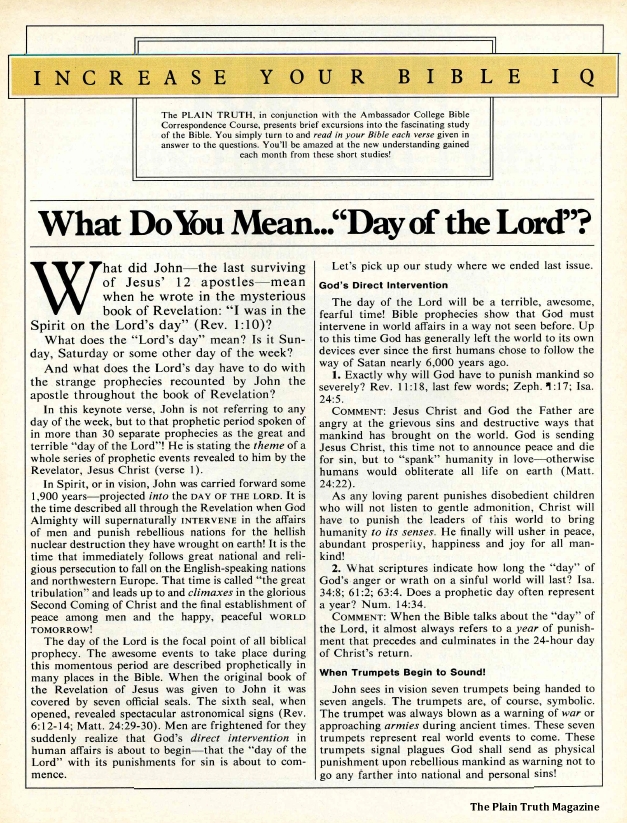 INCREASE YOUR BIBLE IQ – What did John – the last surviving of Jesus’ 12 apostles – mean when he wrote in the mysterious book of Revelation: “I was in the Spirit on the Lord’s day” (Rev. 1:10)? What does the “Lord’s day” mean? Is it Sunday, Saturday or some other day of the week? And what does the Lord’s day have to do with the strange prophecies recounted by John the apostle throughout the book of Revelation? In this keynote verse, John is not referring to any day of the week, but to that prophetic period spoken of in more than 30 separate prophecies as the great and terrible “day of the Lord”! He is stating the theme of a whole series of prophetic events revealed to him by the Revelator, Jesus Christ (verse 1). …