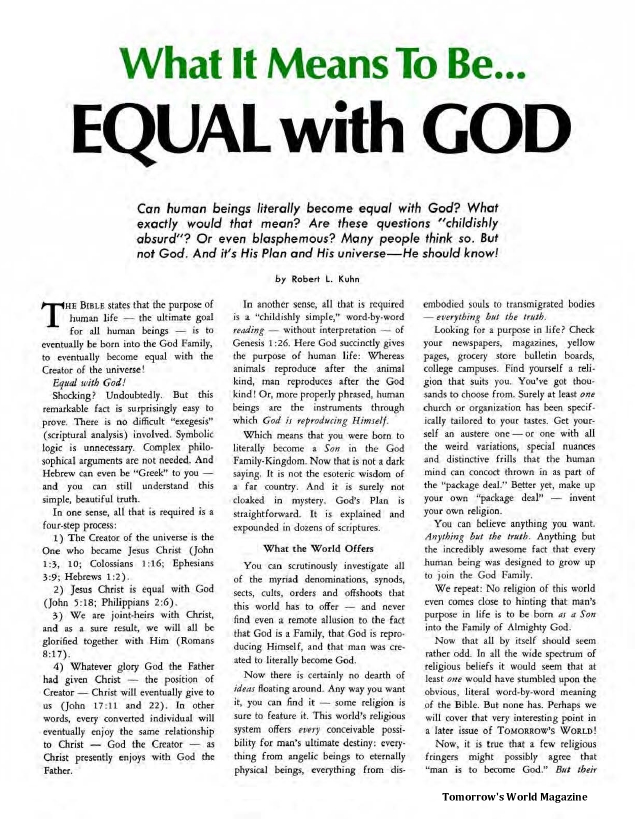 Can human beings literally become equal with God? What exactly would that mean? Are these questions “childishly absurd”? Or even blasphemous? Many people think so. But not God. And it’s His Plan and His universe-He should know! THE BIBLE states that the purpose of human life – the ultimate goal for all human beings – is to eventually be born into the God Family, to eventually become equal with the Creator of the universe! Equal with God! …