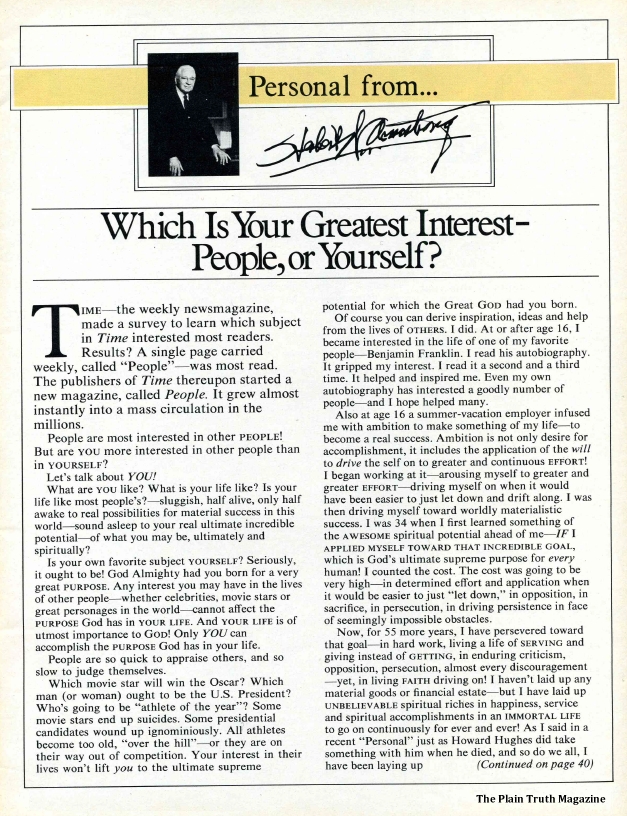 Personal from Herbert W. Armstrong – TIME – the weekly newsmagazine, made a survey to learn which subject in Time interested most readers. Results? A single page carried weekly, called “People” – was most read. The publishers of Time thereupon started a new magazine, called People. It grew almost instantly into a mass circulation in the millions. People are most interested in other PEOPLE! But are YOU more interested in other people than in YOURSELF? Let’s talk about YOU! What are YOU like? What is your life like? Is your life like most people’s? – sluggish, half alive, only half awake to real possibilities for material success in this world – sound asleep to your real ultimate incredible potential – of what you may be, ultimately and spiritually? …