Is There Life After Death? – Herbert W Armstrong – The World Tomorrow Telecast

Is There Life After Death? – Herbert W Armstrong – The World Tomorrow Telecast 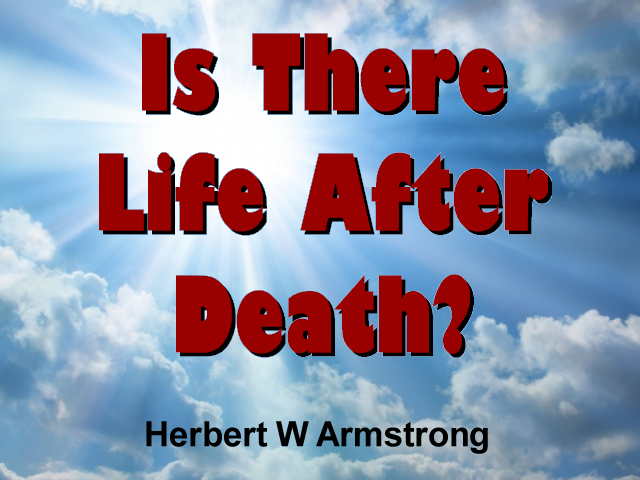 Is there life after death, do the dead know what the living are doing today, have departed one’s passed away unto Heaven or hell or someplace like that? Let’s blow the dust off our Bibles and began to see what God reveals and what is true and not just the traditions of men who don’t know a thing they’re talking about and have no proof whatsoever. Those who have died in your family or among your friends, where are they now, are they dead or have they just passed away to some other place or some other life? …