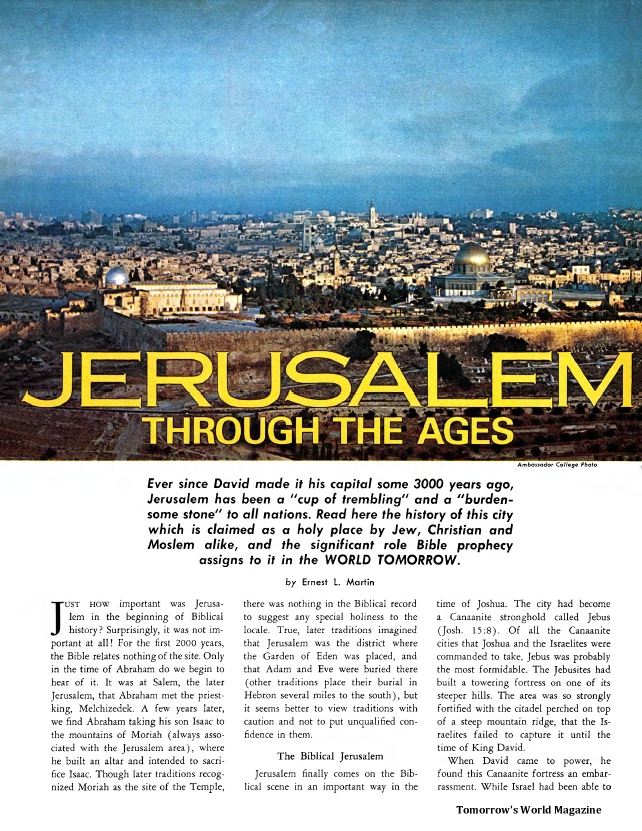 Ever since David made it his capital some 3000 years ago, Jerusalem has been a “cup of trembling” and a “burdensome stone” to all nations. Read here the history of this city which is claimed as a holy place by Jew, Christian and Moslem alike, and the significant role Bible prophecy assigns to it in the WORLD TOMORROW. …