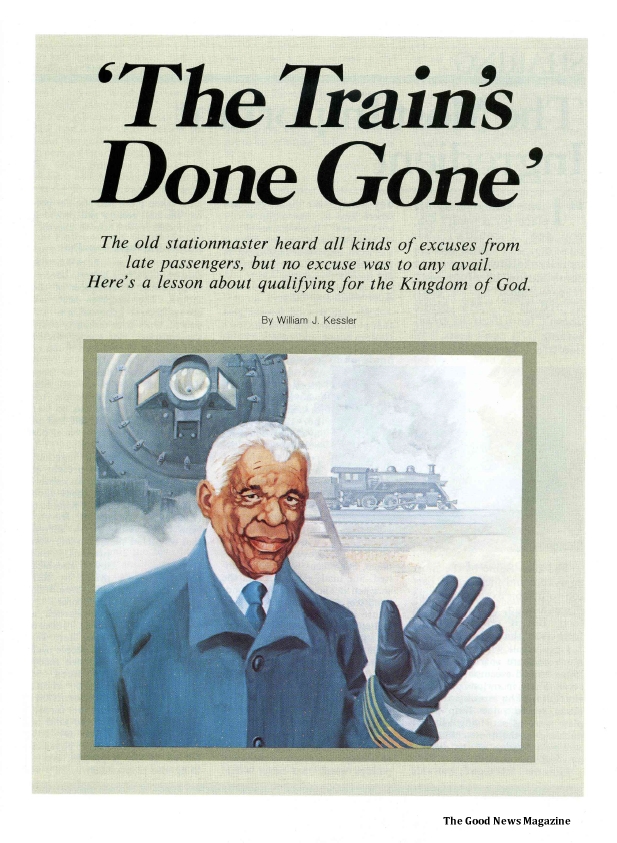 The old stationmaster heard all kinds of excuses from late passengers, but no excuse was to any avail. Here’s a lesson about qualifying for the Kingdom of God. I ain’t never seen the likes since I’s been born – how the people keep a-comin’ and the train’s done gone.” These were the words of an old friend of mine, the railroad stationmaster of my boyhood hometown. The son of a former slave, living deep in the southern United States, he advanced himself to the highest position in our depot through a lifetime of dedicated service to the railroad. …