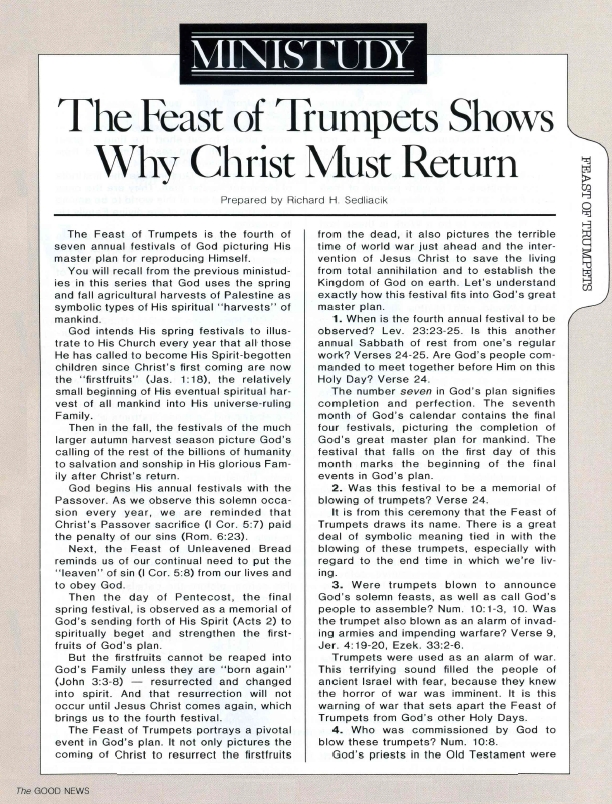 The Feast of Trumpets is the fourth of seven annual festivals of God picturing His master plan for reproducing Himself. You will recall from the previous ministudies in this series that God uses the spring and fall agricultural harvests of Palestine as symbolic types of His spiritual “harvests” of mankind. God intends His spring festivals to illustrate to His Church every year that all’ those He has called to become His Spirit-begotten children since Christ’s first coming are now the ” firstfruits” (Jas. 1:18), the relatively small beginning of His eventual spiritual harvest of all mankind into His universe-ruling Family. …