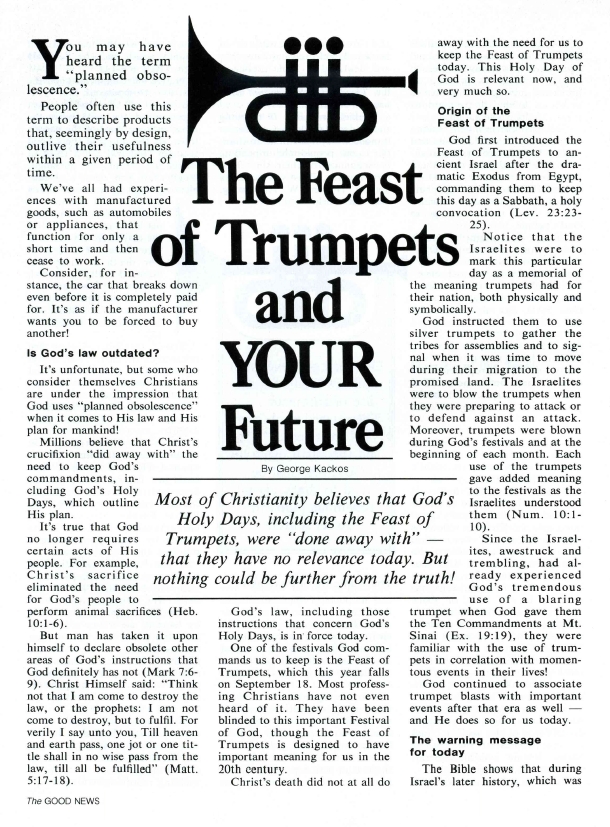 Most of Christianity believes that God’s Holy Days, including the Feast of Trumpets, were “done away with” – that they have no relevance today. But nothing could be further from the truth! Y0u may have heard the term “planned obsolescence.” People often use this term to describe products that, seemingly by design, outlive their usefulness within a given period of time. We’ve all had experiences with manufactured goods such as automobiles or appliances, that function for only a short time and then cease to work. Consider, for instance, the car that breaks down even before it is completely paid for. It’s as if the manufacturer wants you to be forced to buy another! …