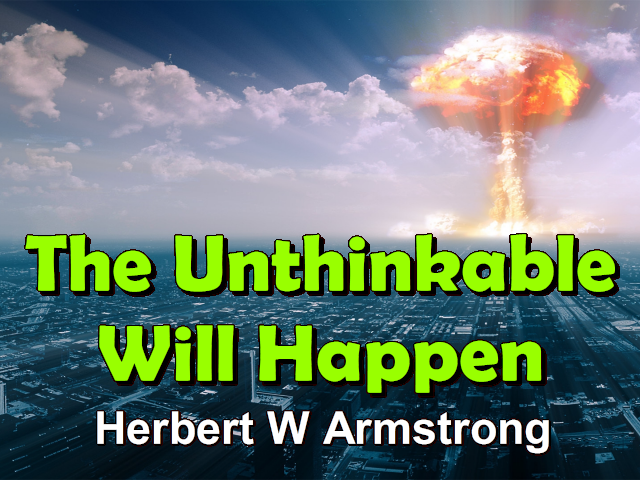 Well brethren I guess it’s still the same old thing, there is both good news and bad news. And there’s some wonderfully good news clear beyond human comprehension coming. But there is some bad news, still completely beyond comprehension, that is coming first. And God has told us to prepare for it and He has shown us how He is going to protect us. But the unthinkable is coming. There is an article coming in ‘The Plain Truth’ which I saw yesterday. Let me see, I don’t know whether I have it; I guess I have the title of it here. It’ll probably be in the August number – maybe September: ‘Humanity Won’t End in a Nuclear Holocaust.’ As a matter of fact, it will be the lead article in ‘The Plain Truth’. We have already approved the cover for it. …