Why Did God Raise Up the Nation Israel – and Deny Them Spiritual Salvation? – Herbert W Armstrong – Good News Magazine

Why Did God Raise Up the Nation Israel – and Deny Them Spiritual Salvation? – Herbert W Armstrong – Good News Magazine 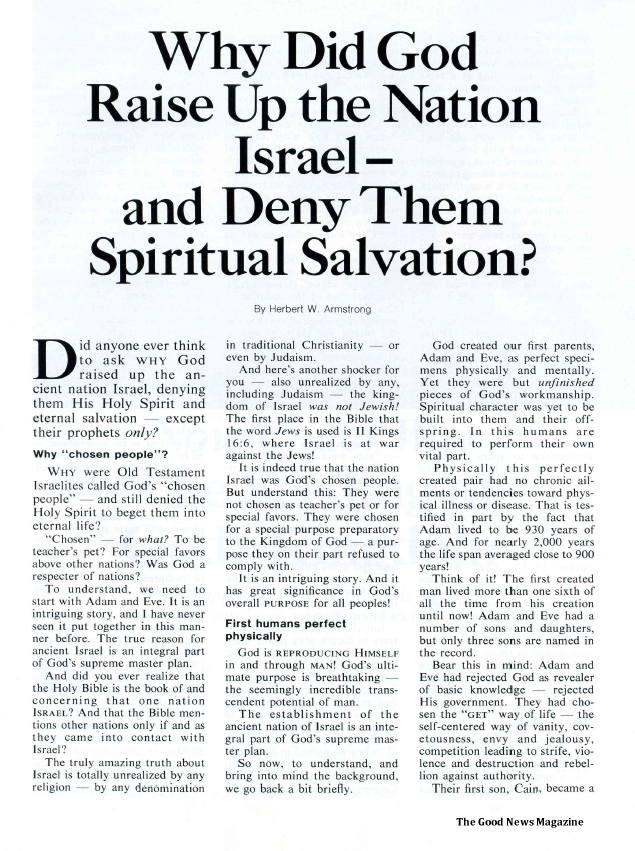 Did anyone ever think to ask WHY God raised up the ancient nation Israel, denying them His Holy Spirit and eternal salvation – except their prophets only? WHY were Old Testament Israelites called God’s “chosen people” – and still denied the Holy Spirit to beget them into eternal life? “Chosen” – for what? To be teacher’s pet? For special favors above other nations? Was God a respecter of nations? To understand, we need to start with Adam and Eve. It is an intriguing story, and I have never seen it put together in this manner before. The true reason for ancient Israel is an integral part of God’s supreme master plan. …