Why So Many Denominations? – Herman L Hoeh – Tomorrow’s World Magazine

Why So Many Denominations? – Herman L Hoeh – Tomorrow’s World Magazine 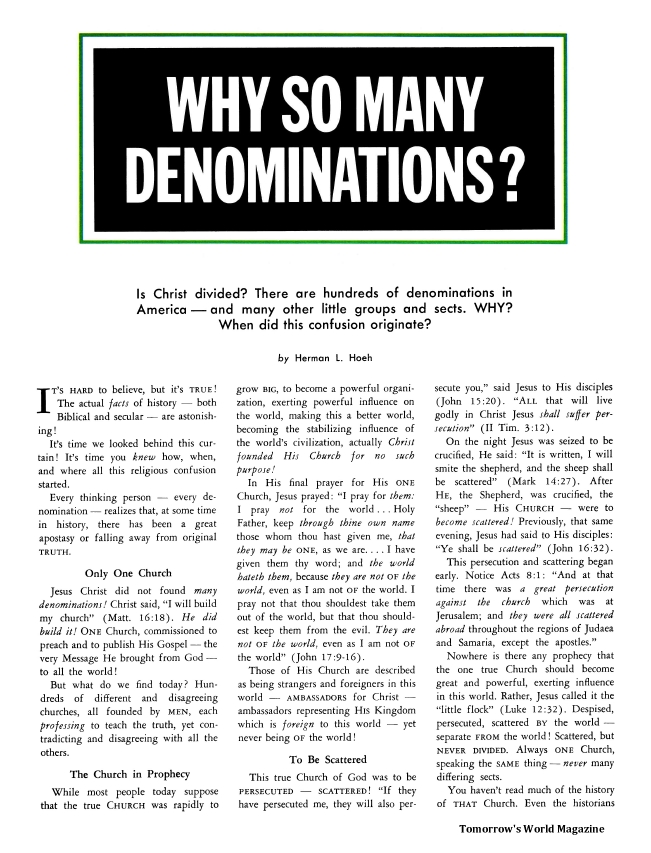 Is Christ divided? There are hundreds of denominations in America – and many other little groups and sects. WHY? When did this confusion originate? IT’S HARD to believe, but it’s TRUE! The actual facts of history – both Biblical and secular – are astonishing! It’s time we looked behind this curtain! It’s time you knew how, when, and where all this religious confusion started. …