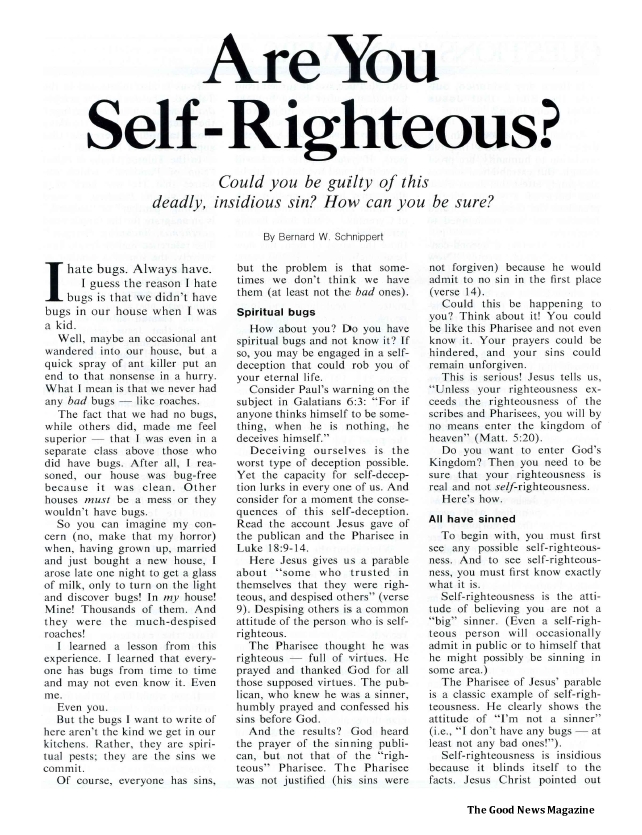 Could you be guilty of this deadly, insidious sin? How can you be sure? I hate bugs. Always have. I guess the reason I hate bugs is that we didn’t have bugs in our house when I was a kid. Well, maybe an occasional ant wandered into our house, but a quick spray of ant killer put an end to that nonsense in a hurry. What I mean is that we never had any bad bugs – like roaches. The fact that we had no bugs, while others did, made me feel superior – that I was even in a separate class above those who did have bugs. After all, I reasoned, our house was bug-free because it was clean. Other houses must be a mess or they wouldn’t have bugs. …