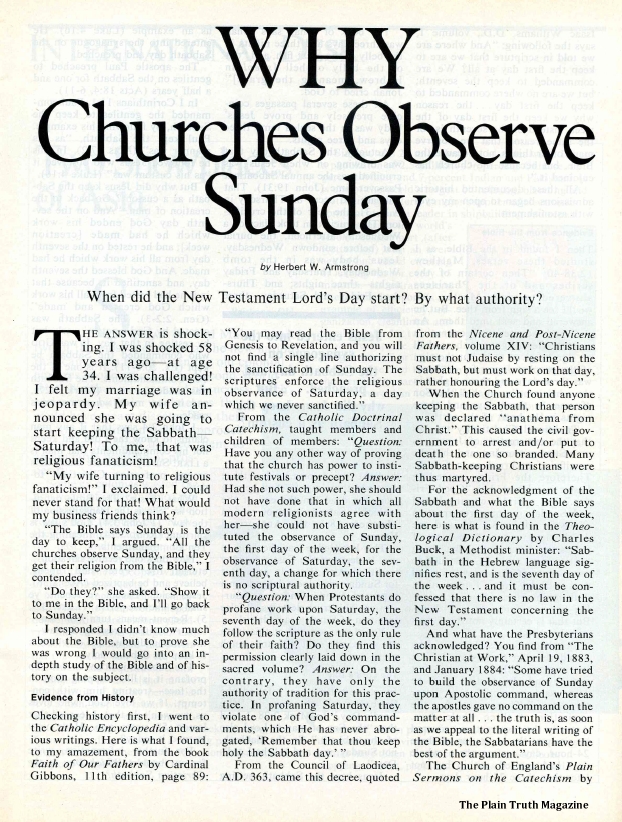 When did the New Testament Lord’s Day start? By what authority? The answer is shocking. I was shocked 58 years ago — at age 34. I was challenged! I felt my marriage was In jeopardy. My wife announced she was going to start keeping the Sabbath-Saturday! To me, that was religious fanaticism! “My wife turning to religious fanaticism!” I exclaimed. I could never stand for that! What would my business friends think? “The Bible says Sunday is the day to keep,” I argued. “All the churches observe Sunday, and they get their religion from the Bible,” I contended. “Do they?” she asked. “Show it to me in the Bible, and I’ll go back to Sunday.” I responded I didn’t know much about the Bible, but to prove she was wrong I would go into an in depth study of the Bible and of history on the subject. …