Are Some Sins Worse Than Others? – George M Kackos – Good News Magazine

Are Some Sins Worse Than Others? – George M Kackos – Good News Magazine 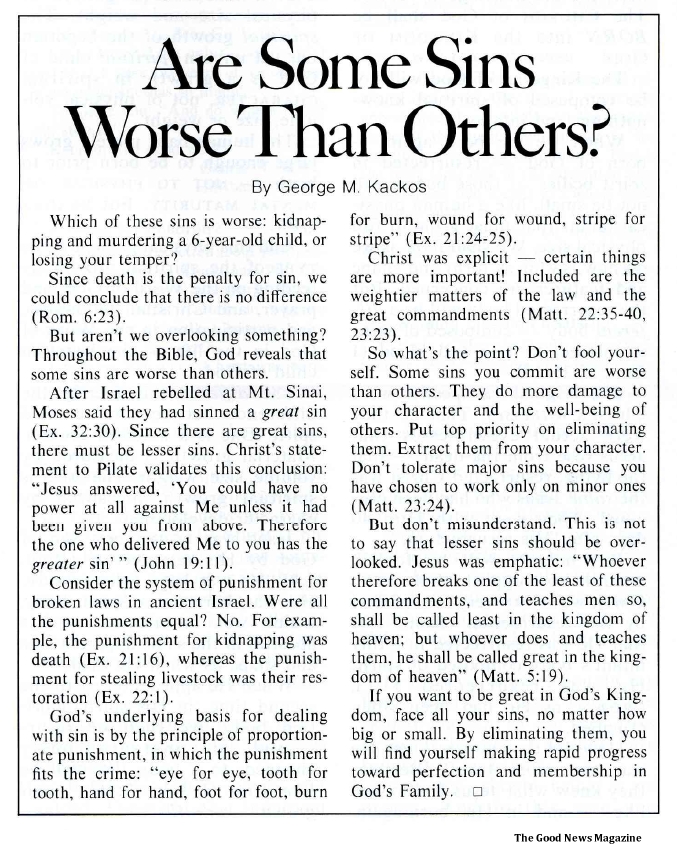 Which of these sins is worse: kidnapping and murdering a 6-year-old child, or losing your temper? Since death is the penalty for sin, we could conclude that there is no difference (Rom. 6:23). But aren’t we overlooking something? Throughout the Bible, God reveals that some sins are worse than others. After Israel rebelled at Mt. Sinai, Moses said they had sinned a great sin (Ex. 32:30). Since there are great sins, there must be lesser sins. Christ’s statement to Pilate validates this conclusion: “Jesus answered, ‘You could have no power at all against Me unless it had been given you from above. Therefore the one who delivered Me to you has the greater sin'” (John 19:11). …