Do You Have an Immortal Soul? – Garner Ted Armstrong – Tomorrow’s World Magazine

Do You Have an Immortal Soul? – Garner Ted Armstrong – Tomorrow’s World Magazine 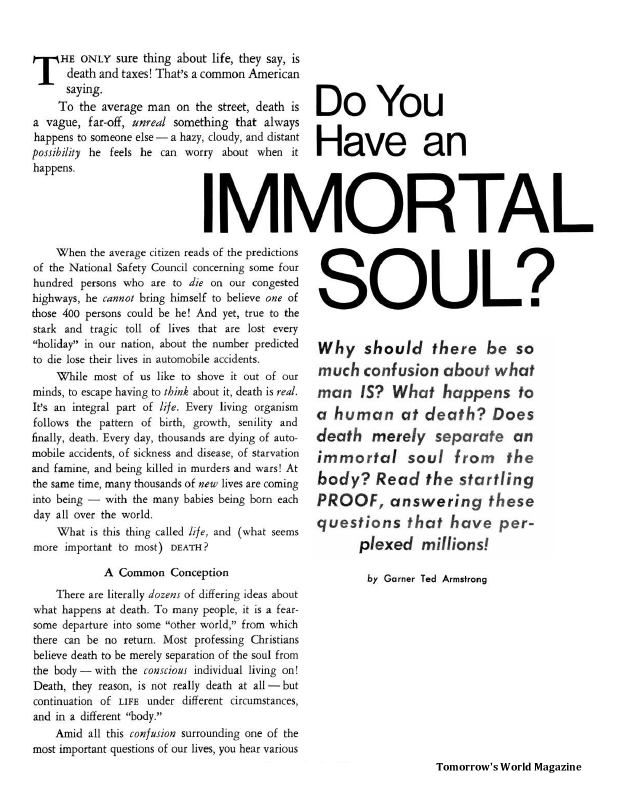 Why should there be so much confusion about what man IS? What happens to a human at death? Does death merely separate an immortal soul from the body? Read the startling PROOF, answering these questions that have perplexed millions! THE ONLY sure thing about life, they say, is death and taxes! That’s a common American saying. …