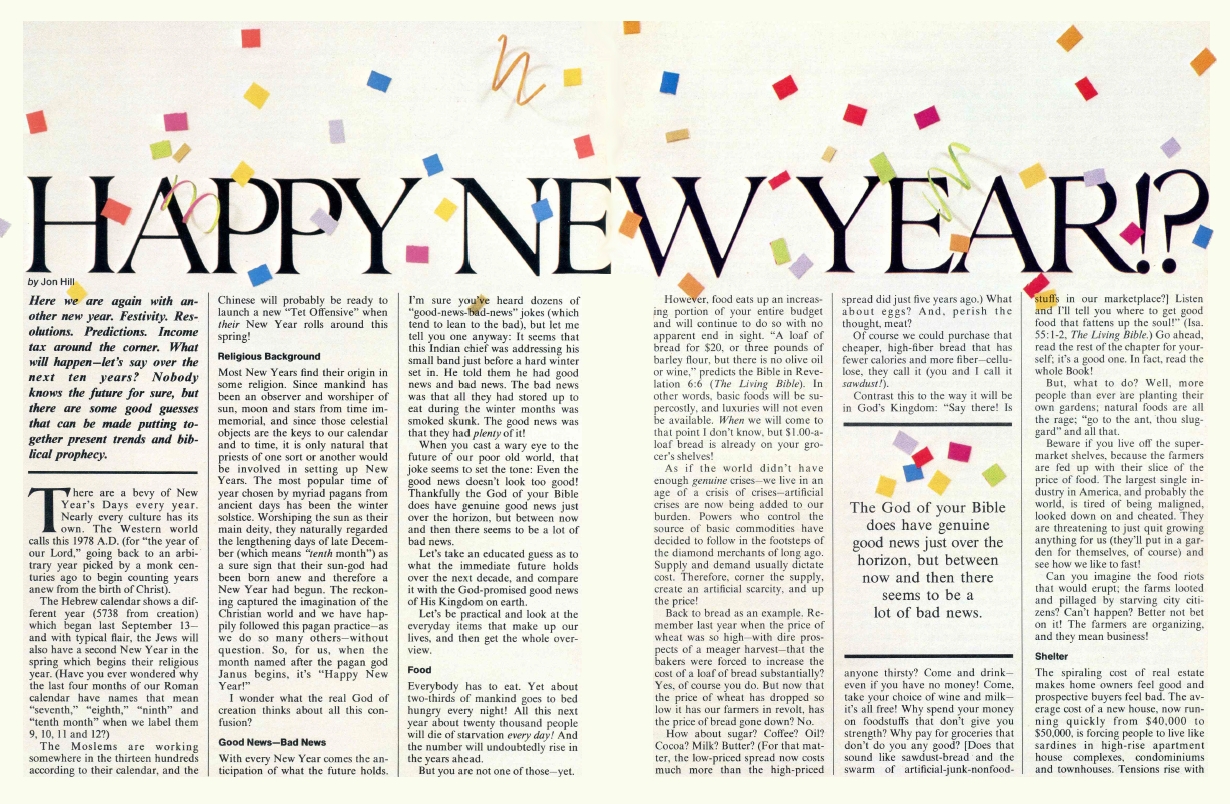 Here we are again with another new year. Festivity. Resolutions. Predictions. Income tax around the comer. What will happen-let’s say over the next ten years? Nobody knows the future for sure, but there are some good guesses that can be made putting together present trends and biblical prophecy. There are a bevy of New Year’s Days every year. Nearly every culture has its own. The Western world calls this 1978 A.D. (for “the year of our Lord,” going back to an arbitrary year picked by a monk centuries ago to begin counting years anew from the birth of Christ). The Hebrew calendar shows a different year (5738 from creation) which began last September Band with typical flair, the Jews will also have a second New Year in the spring which begins their religious year. (Have you ever wondered why the last four months of our Roman calendar have names that mean “seventh,” “eighth,” “ninth” and “tenth month” when we label them 9, 10, 11 and 12?) The Moslems are working somewhere in the thirteen hundreds according to their calendar, and the Chinese will probably be ready to launch a new “Tet Offensive” when their New Year rolls around this spring! …