HOW did you come to be here on earth? – Herbert W Armstrong – Tomorrow’s World Magazine

HOW did you come to be here on earth? – Herbert W Armstrong – Tomorrow’s World Magazine 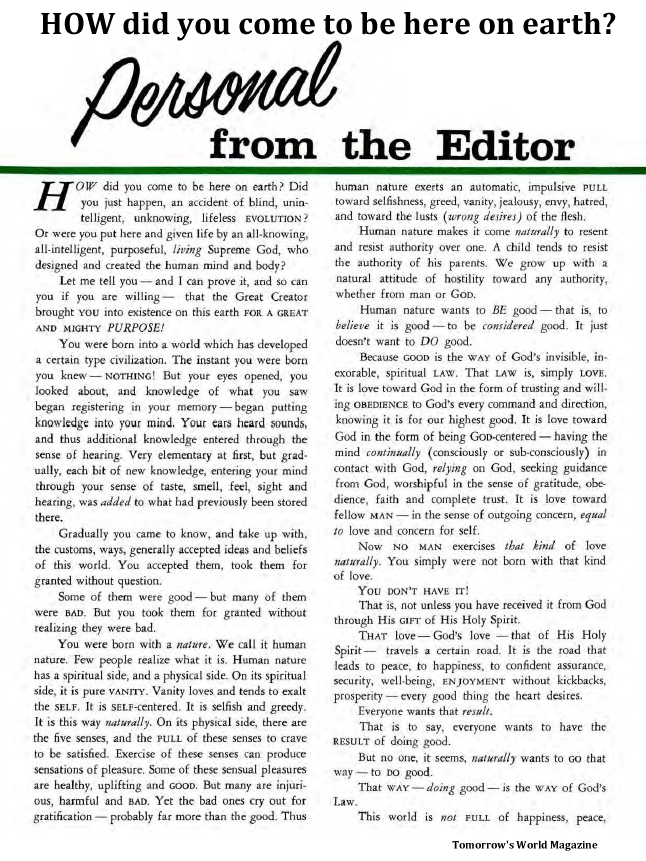 Personal from Herbert W Armstrong – Did you just happen, an accident of blind, unintelligent, unknowing, lifeless EVOLUTION? Or yere you put here and given life by an all-knowing, all-intelligent, purposeful, living Supreme God, who designed and created the human mind and body? Let me tell you – and I can prove it, and so can you if you are willing – that the Great Creator brought YOU into existence on this earth FOR A GREAT AND MIGHTY PURPOSE! You were born into a world which has developed a certain type civilization. The instant you were born you knew – NOTHING! But your eyes opened, you looked about, and knowledge of what you saw began registering in your memory – began putting knowledge into your mind. …