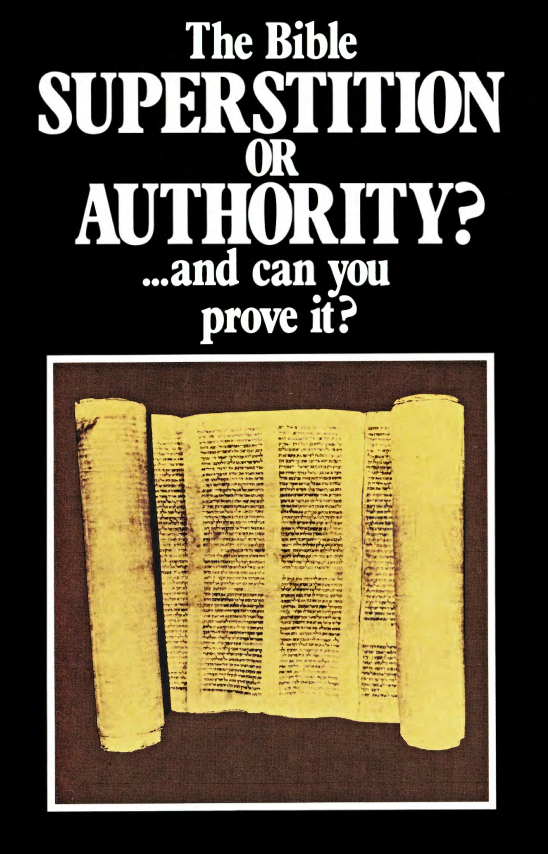 Why is the world’s best selling book held in awe by some, in passive discredit by others, and understood by virtually none? WHY the Book of mystery nobody seems to know? Why do the many churches of traditional Christianity disagree about what the Bible says? Have you ever PROVED whether, as the book itself purports, it is the authoritative Word of the Creator God? …