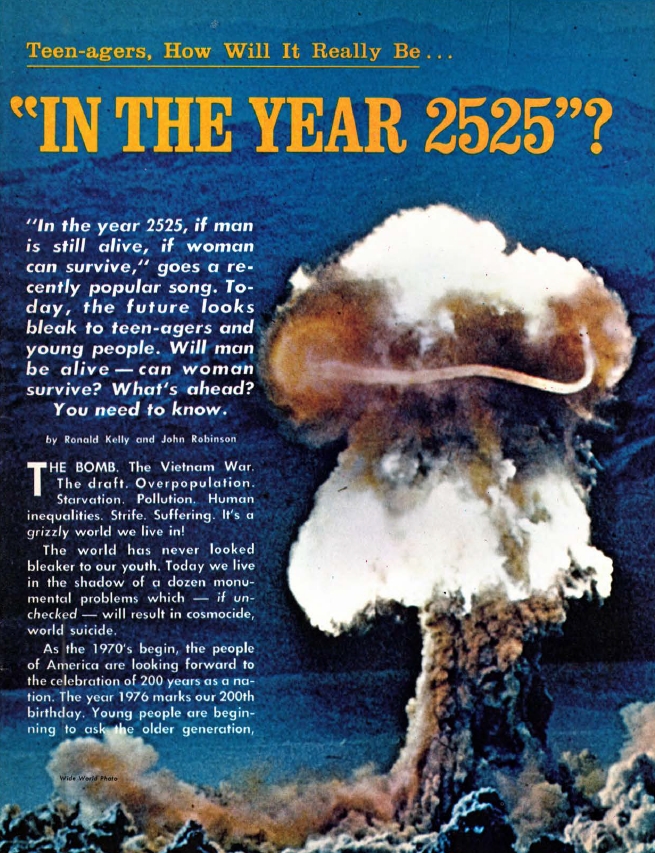 “In the year 2525, if man is still alive, if woman can survive,” goes a recently popular song. Today, the future looks bleak to teen-agers and young people. Will man be alive – can woman survive? What’s ahead? You need to know. THE BOMB. The Vietnam War. The draft. Overpopulation. Starvation. Pollution. Human inequalities. Strife. Suffering. It’s a grizzly world we live in! The world has never looked bleaker to our youth. Today we live in the shadow of a dozen monumental problems which – if unchecked – will result in cosmocide, world suicide. …