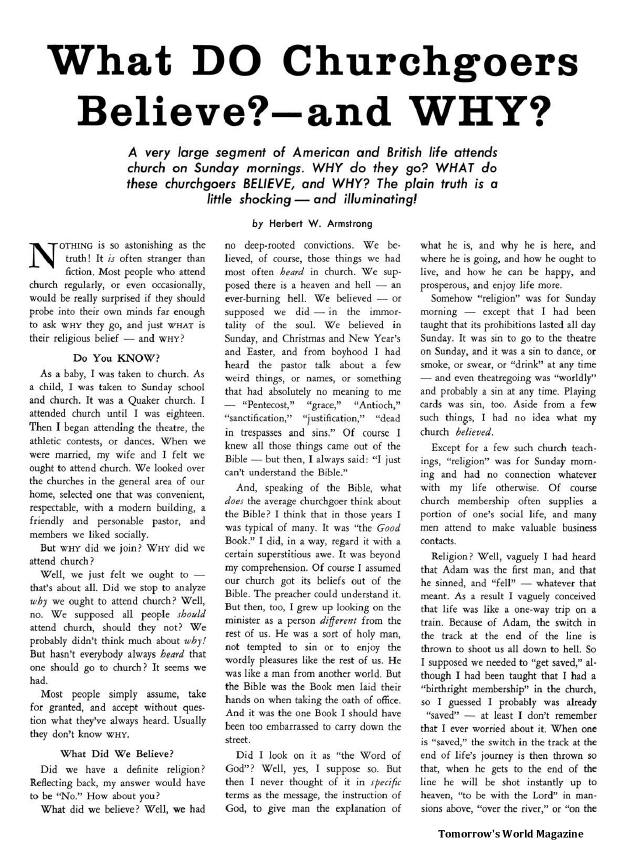 A very large segment of American and British life attends church on Sunday mornings. WHY do they go? WHAT do these churchgoers BELIEVE, and WHY? The plain truth is a little shocking – and illuminating! NOTHING is so astonishing as the truth! It is often stranger than fiction. Most people who attend church regularly, or even occasionally, would be really surprised if they should probe into their own minds far enough to ask WHY they go, and just WHAT is their religious belief – and WHY? …